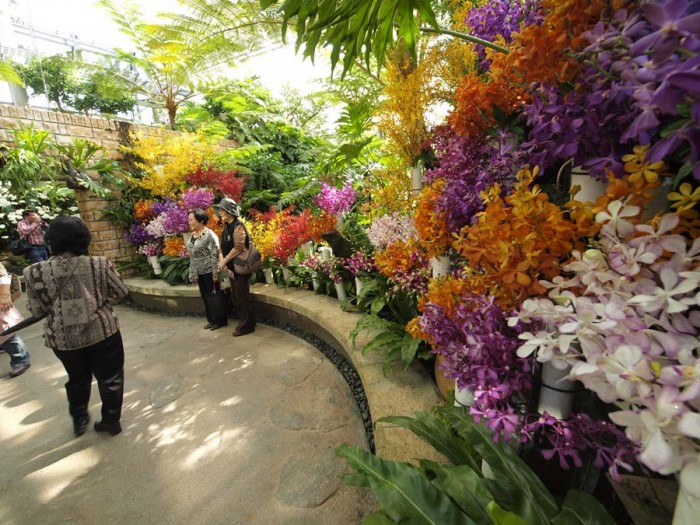 Thousands of orchids of every imaginable variety line the pathways of the Tropical Dream Center of the Ocean Expo Park as visitors have their photos taken in front of the exotic flowers.

The cherry blossoms have the northern Okinawa spotlight this week, but that changes a bit February 2nd when Tropical Dream Center in Ocean Expo Park kicks off its ten-day International Orchid Show.

The Okinawa International Orchid Show is designed to gain attention for orchids, promoting the spread of floriculture, creation of art culture and sightseeing promotion, while at the same time promoting urban greening and the promotion of utilizing a park and promoting orchids. 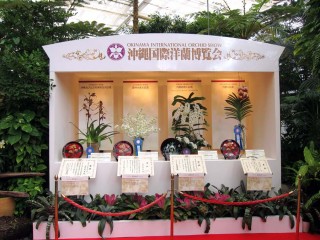 The Orchid Show features a contest among growers, and the winners of each category are displayed prominently during the show.

Admission is ¥670 for adults and ¥340 for elementary and junior high school students.  The show has contributed not only to a better understanding of orchids, but as a tourist industry promotion of Okinawa.  It’s the largest domestic orchid show and a big winter event in Okinawa.  It’s presence is incorporated within the greater Okinawa Flower Carnival 2013, which is taking place at multiple locations across Okinawa.

The Okinawa International Orchid Show is currently presenting orchids in bloom. The Tropical Dream Center has three halls equipped with three large greenhouses of orchids, and all large greenhouses will be featuring orchids in bloom during the show.  In addition, the ornament of beautiful orchids on the them “Living with Orchids” colors the inside of the Hall.  There will also be an Asia Pacific Orchid Conference in Okinawa, a once-in-three-years event, during the orchid show.