Of dozens of fireworks Okinawa has every summer, the biggest of all takes place on Emerald Beach in the Ocean Expo Park in Motobu, where more than 10,000 fireworks light the skies on Jul. 15th in a brilliant display of pyrotechnics rightfully billed as Okinawa’s best fireworks festival. 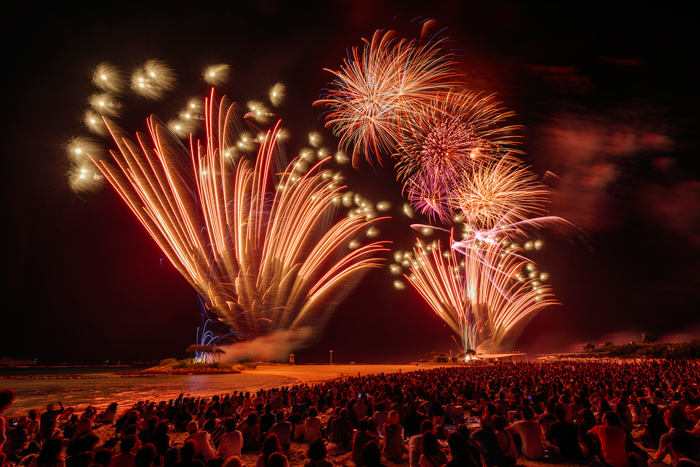 Including beach attractions and stage events featuring popular artists to the menu of the day, is a sure recipe for the audience to enjoy the day and evening on the popular beach. This year, the event takes place for the 39th time and also c­ommemorates the 15th anniversary of the opening of the Okinawa Churaumi Aquarium. This year’s fireworks show is built on a theme of “The Sea.”

The annual Ocean Expo Park Summer Festival attracts tens of thousands of people to its afternoon and evening events. It features live entertainment that kicks off at 4 p.m. leading to the fireworks that explode in vivid colors at 8 p.m. The fun officially begins at noon and runs through the day until 6 p.m. at Asobinohama (Play Beach) where kids can enjoy a dolphin slider, water gun battle, throwing-ball game, little child sandbox and more. 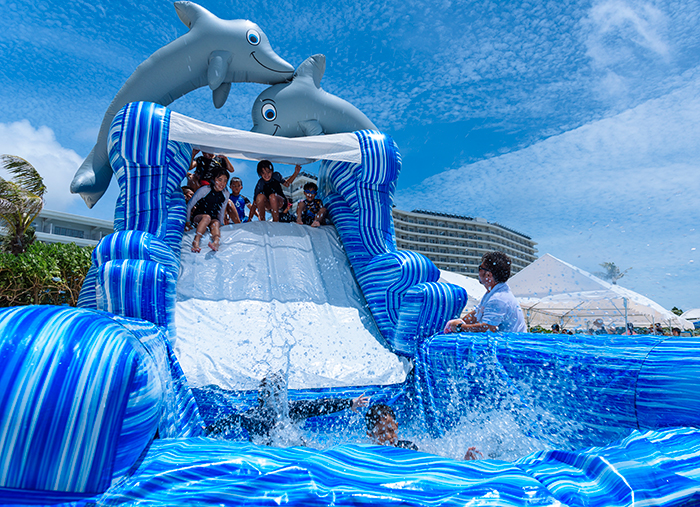 Three bands and one dance team take to the stage, as DIAMANTES, KACHIMBA5 & Pupunhas, BUMBA and Mottobull entertain the audience waiting for the fireworks.
Entry to the Emerald Beach special event area is limited to 20,000 people. Numbered entry tickets will be handed out at the venue from 8 a.m. on the day of the event on first come first served basis, one ticket per person only. Those who miss getting the numbered ticket can still watch the fireworks from outside of the beach area.

All vehicles will be restricted on Town Road 16 from Yamachan-bento to the three-way intersection on Route 114 from 7 p.m. to midnight. Route 505 and route 449 will have no restrictions, and traffic will flow to both directions.