Chasing the Dragon – The Naha Haarii

The annual Naha Haarii Festival is held every year during Golden Week. This year the festival will be held from May 3-5 from 10:00 ~ 21:00 every day at the Naha New Port. Tens of thousands of people from all over the world attend this three-day festival complete with live music entertainment, comedy, a children’s sumo contest, food, carnival games, and of course, Orion Beer! And to top it off, every festival evening ends with a massive fireworks display. 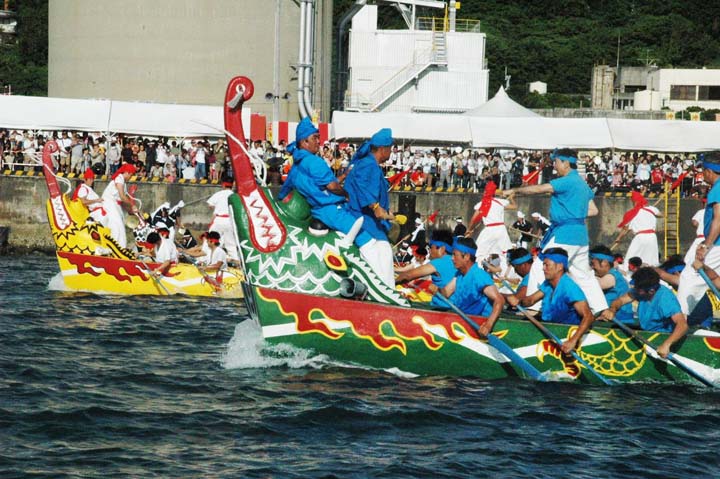 Haarii — meaning “dragon boat” in the Okinawan dialect originated in China and was introduced to Okinawa some time during the 14th century. Legend has it that a Ryukyuan prince, while studying in Nanjing, China, was inspired by the “Haryu Ship” races he had witnessed and upon his return to Okinawa had similar race boats reconstructed. Soon after, villages in other parts of the island made their own boats and the races became popular during the age of the Ryukyu Kingdom. The custom was later abolished when the Ryukyu Kingdom was made into a Prefecture of Japan in 1879. Although there were attempts to bring back the competition, the races would come to a halt in 1928 only to be revived again in 1975 to remain as a permanent fixture in Okinawan culture.
The biggest difference between the Naha Haarii and other dragon boat races within the prefecture is the size of the boat. Elsewhere, haarii boats consists of a crew of about 11 people, while the boats in Naha can support crews up to 40 or more. 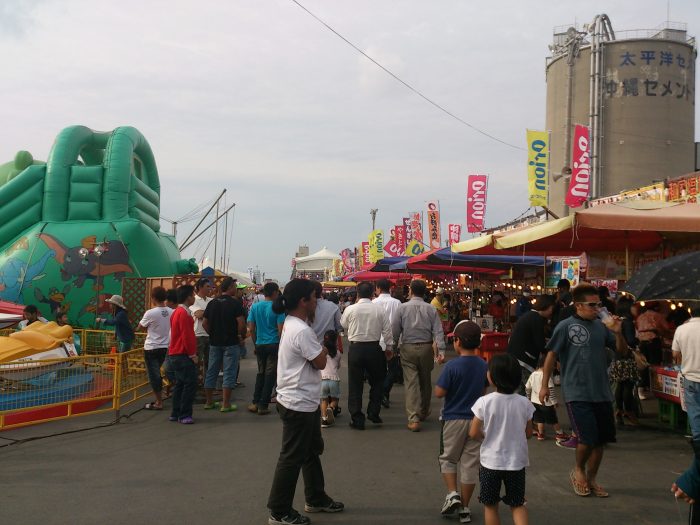 During each heat, three boats compete against each other. They race four 100-meter legs for a total distance of 400 meters. Teams come from all over the island. There is even a female division competition. On the final day, teams representing companies and other occupational groups go head to head against one another. This includes teams from the U.S. military and the Japanese Self Defense Force. Some 200,000 visitors come and watch this fun-filled three-day event. All are welcome and public transportation is highly encouraged for those wanting to attend as parking is very limited. Come check out the fun at the Naha New Port, as the ‘dragons’ once again come back to life to kick off the summer festivities.