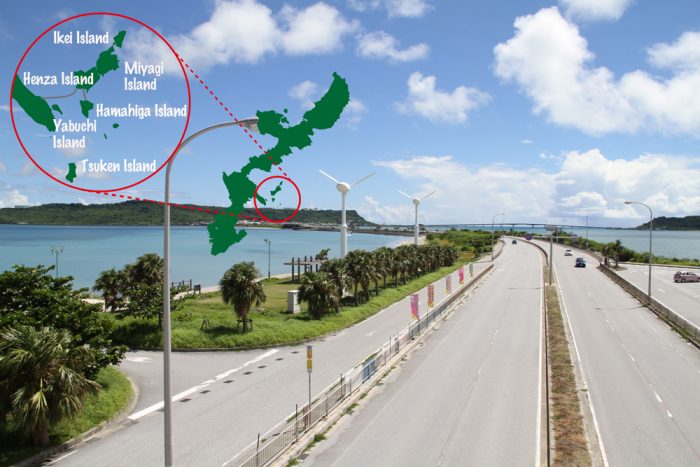 “Kaichu Doro” literally means a “Road on the Sea”.

Yonashiro Town consisted mostly of the northern half of the peninsula and also included Henza Island, Miyagi Island, Ikei Island, and Yabuchi Island (Hamahiga Island, though connected to Henza Island at the time, was part of Katsuren Town and will be discussed at another time). 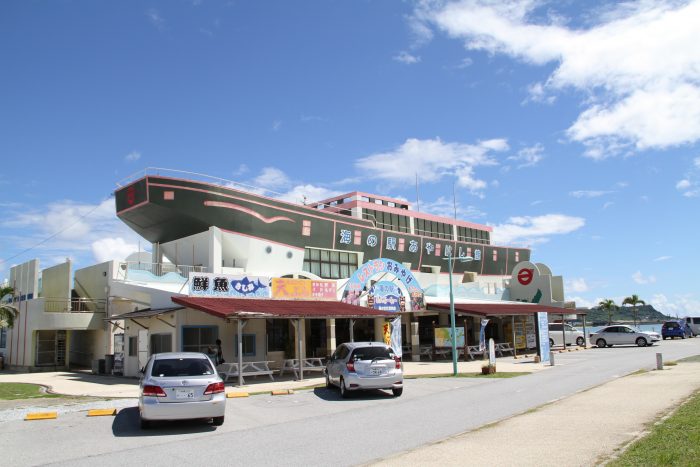 “Ayahashikan” Road Station, is located in the middle of Kaichu Doro.

A 4.75km long bridge, also known as “Kai-chu-doro” connects the Yakena District, which was formerly part of Yonashiro Town, to Henza Island. Kai-chu-doro means ‘road in the sea’ in Japanese. The road has become a very famous spot for driving and sightseeing. 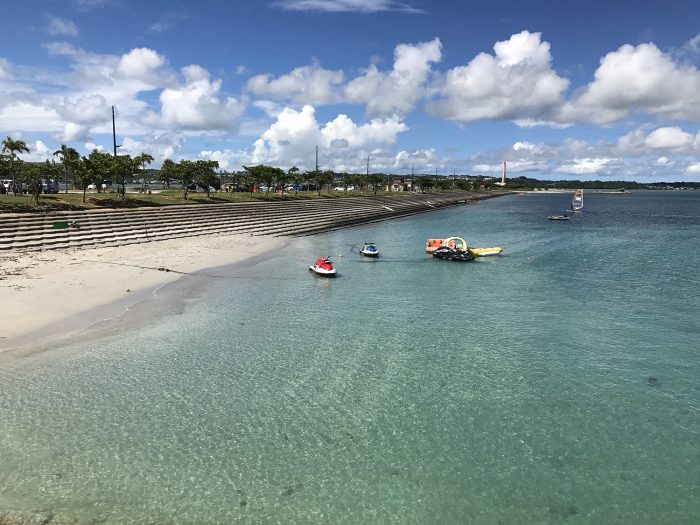 Visitors taking up some ocean fun along the Kaichu Doro.

Today all four islands are accessible by road. Something else worth mentioning is the Okinawan music band known as HY. They are from a small precinct of the then Yonashiro Town called Higashi Yakena, hence the name HY. Their songs, such as ‘NAO’ and ‘Song for’ have become popular iconic songs for Japanese youths. 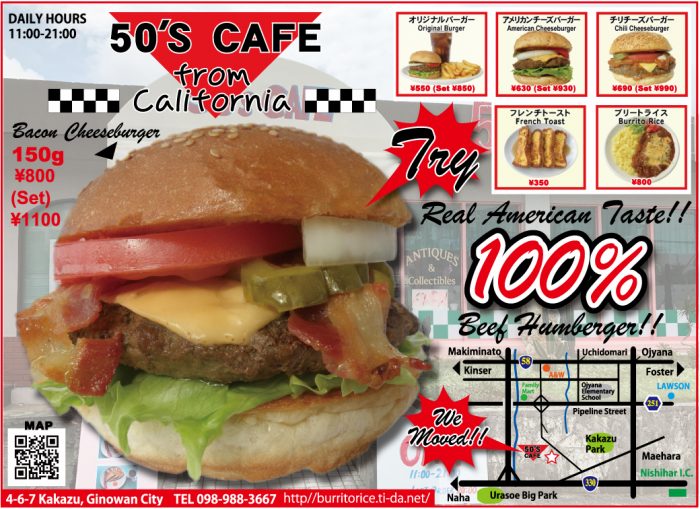