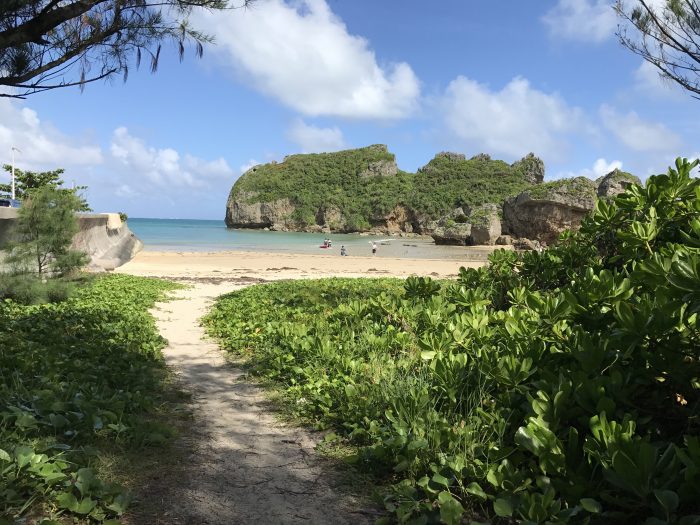 The coast on Hamahiga Island of old Katsuren Town, a very scenic point.

Hamahiga Island is considered very sacred. Legend has it that the gods, Shirumichu” and “Amamichu” first set foot on Hamahiga and lived in a cave called “Shirumichuu”. 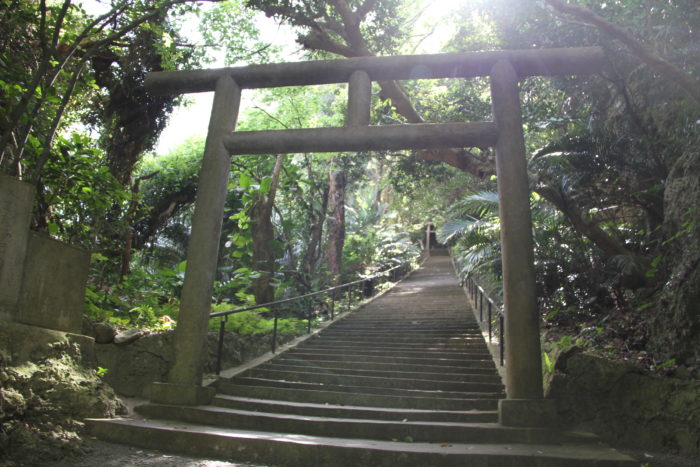 These gods were the first ancient beings of the Ryukyu Islands. 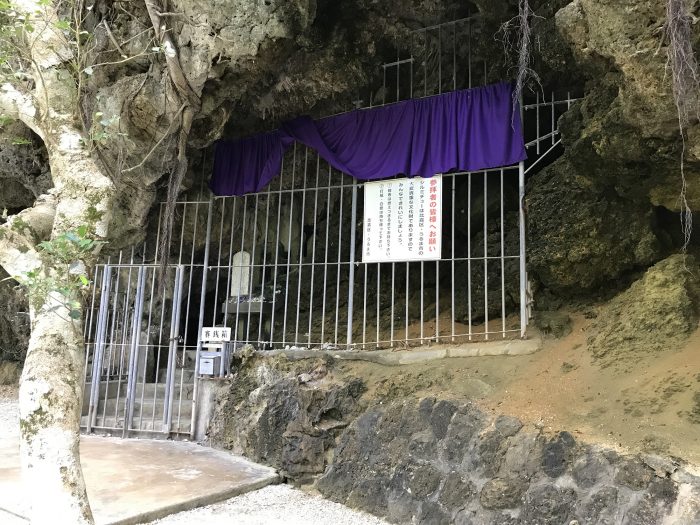 The sacred site of “Shirumichu” is said to bring great fortune for your children.

Inside the cave, a sacred rock exist were the gods are enshrined. Not too far is the “tomb of Amamichu” which is the tomb for both Amamichu and Shirumichu. At the beginning of the year, a local female shaman and the villagers come and pray. 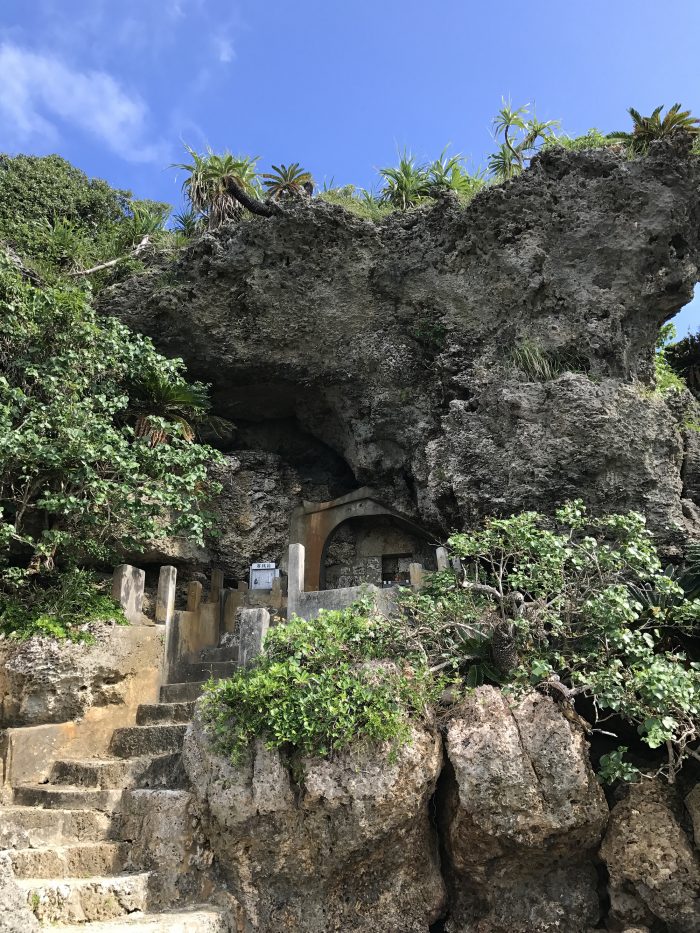