Itoman Haaray; a traditional and fun event in southernmost of Okinawa

The Itoman Haaray takes place on Thursday, May 4th of the Lunar Calendar year. This day is actually June 6th 2019 of the Gregorian Calendar. Most people in Itoman adhere to the Lunar Calendar as it governs the tidal season. In Itoman, fishing is the epicenter of daily life. Everything revolves around it. And this is why the Haaray is so important to the people of Itoman; it is their way of praying for a prosperous fishing season and safe return home from the sea. The event features a variety of boat races in different categories, such as an internal junior high school competition or companies set against other companies. The main race, however, is centered around the district rivalries. 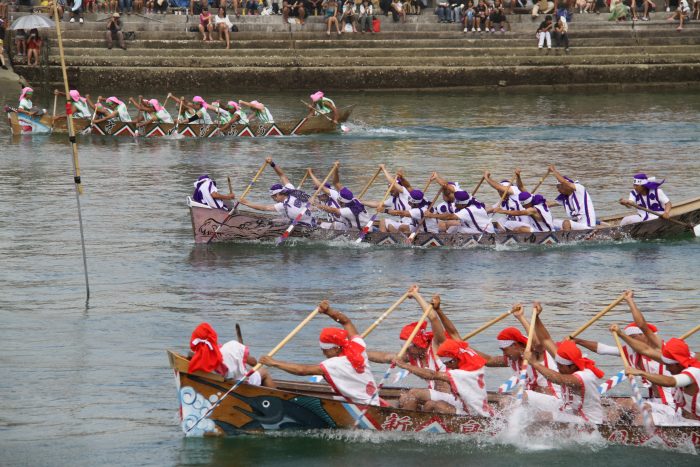 The Itoman Haaray Dragon Boat Race, a tradition that goes back to ancient times.

Elsewhere on the island, Dragon Boat Races are called “Haarii”. But in Itoman, they call it “Haaray”. This event is not one to be missed, as crowds of spectators flock to the southern Okinawa region to see the colorful, rich life of the “uminchu”, a hybrid term of both Japanese and the Okinawan dialect that means fisherman (“Umi’ meaning “sea” in Japanese and “nchu” meaning “people” in the Okinawan dialect).

During early summer, Haarii races can be seen all over the island in different towns. Communities use the old traditional fishing boats called “sabani” without the sail. Most races are similar throughout the island going from start to finish. But in Itoman, they have added another tradition separate from the other races. The crew has to tip the boat over at a halfway point, after which they have to straighten up the boat again, climb onboard, bail the water out, and continue to finish the race. Originally, Haarii was a festival for praying for a good catch and a safe voyage out to sea. In Itoman this is still the core of their beliefs. In recent years, the Haarii has been popularized welcoming people of all walks of life. 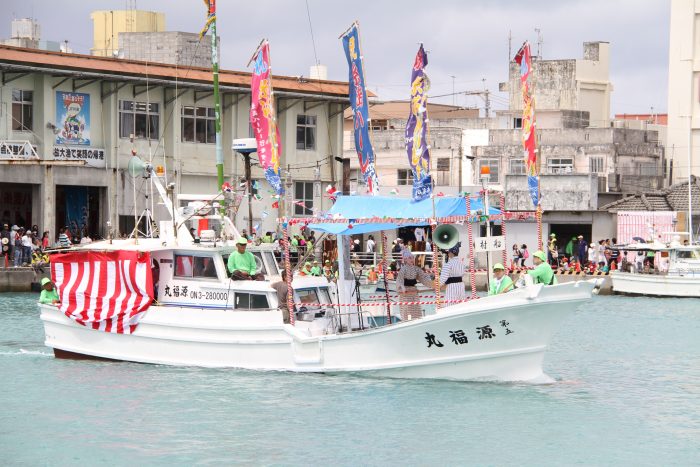 It is believed that the Haarrii races descended from China about 600 years ago. At the time during the Ryukyu Kingdom it was customary to have a Haarii race as a means to pray for healthy crops, good health, and safe voyage when out to sea. From there, it virtually spread everywhere on the island. It is said that Haarii was eventually spread to Miyako and Yaeyama by way of the Itoman fishermen.

And as with time, Haarii has evolved little by little in terms of its intention. There is the common “Ugan Baaray” which prays for a safe voyage and a prosperous season. Then there is also an “Shokuiki Haarii” in which teams with similar occupation are set against one another. The “Kun-nukase Haarii” is a race in which the boat is tipped over intentionally, raised again, and then continues to the finish line . On top of that, there’s the “Retrieving the Duck Competition,” in which a participant jumps in the water to catch a swimming duck with his bare hands in Itoman Haaray Festival. 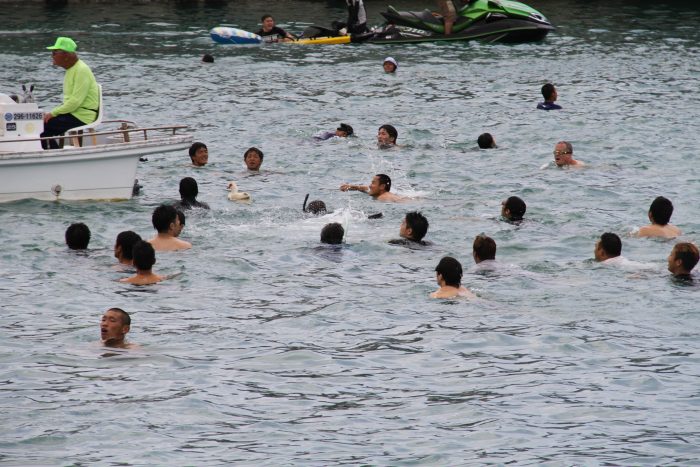