Perhaps the most highlighted event on this day takes place at the Peace Memorial Park in Mabuni, Itoman, where thousands of people, including dignitaries and politicians from Tokyo, gather at the peace ceremony to pay their respects. 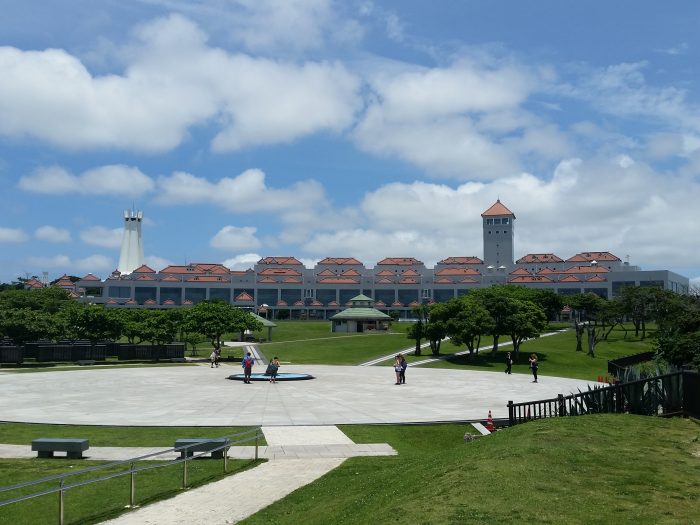 Among the dignitaries attending are the Okinawa Governor, members of the Prefectural Government, Japanese government ministers from Tokyo, including the Prime Minister, and foreign diplomats, including the U.S. Ambassador and U.S. military commanders. 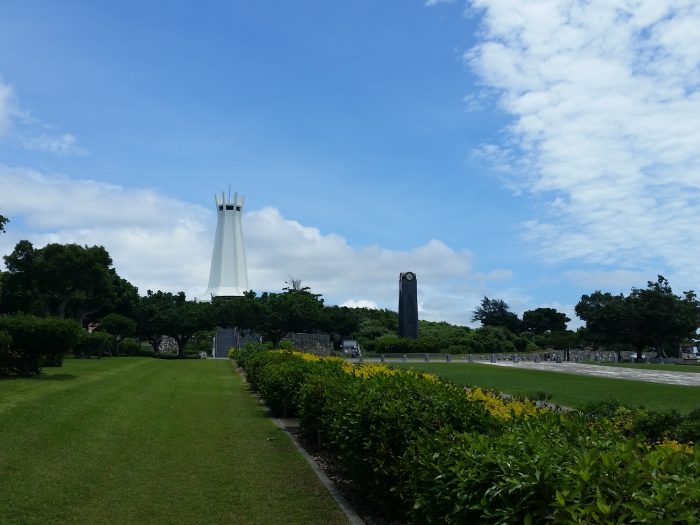 Scenically, Mabuni is strikingly powerful. Known for its harden rugged cliffs, the natural coral high-rise against the ocean waves is likely to leave one in awe. It is difficult to imagine that this place was once subject to the bloodshed and horrors of a fierce battle that raged more than 70 years ago.

The cornerstone of the peace monument is lists the names of the people who died during the battle, regardless of their nationality. Today, there are more than 240,000 names engraved in granite slabs at the monument. New names are added every year as remains of victims are found and identified. These names serve as a reminder of the deadly human cost of war and at 12 o’clock, on the 23rd of June, Okinawans island-wide will give a moment of silence as they pay tribute to the deceased. Irei-no-Hi is a day that is meant to reflect upon the tragedies of war and at the same time, spread the message for peace to future generations. It marks a new page for a new beginning for the Okinawan people, It is a day that will live with them forever. 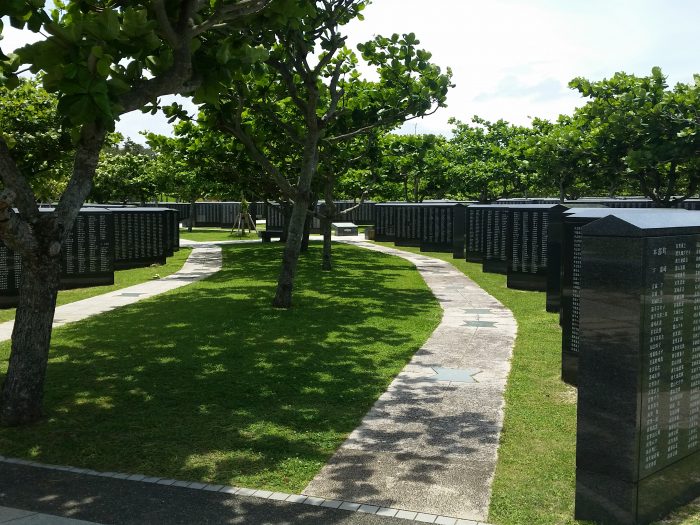