The Former Japanese Imperial Navy Underground Headquarters was built as a bombproof shelter for the Japanese Navy in 1944 towards the end of the World War II in the border area between Naha and Tomigusuku City.

In 1944, the Japanese military was losing the war to the U.S. military, and decided to build up its military facilities on Okinawa in order to prevent the U.S. to launch an invasion of the Japanese mainland. As a part of the effort, the Navy built the underground headquarters complex in the hilltop to protect the Oroku Airport (current Naha Airport). 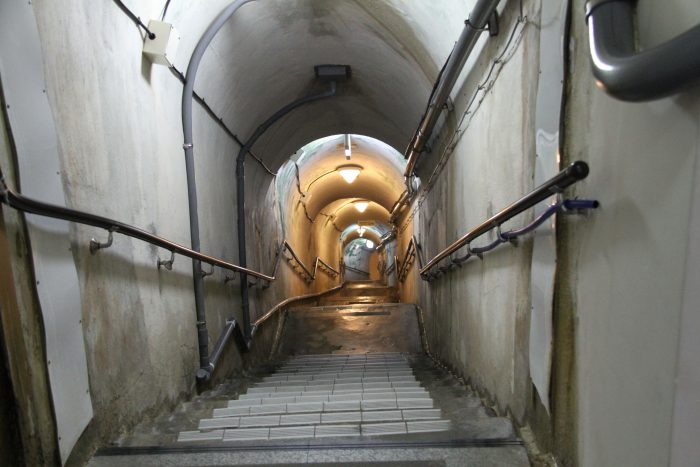 About 20 meters down the stairs from the entrance, the Underground Headquarters facility begins.

Almost 3,000 Japanese Navy sailors took part in building the underground facility. The work was mostly done by hand with picks and shovels. The result was 450 meters of tunnel that was barrel-shape and beefed up with concrete and lime plaster to absorb the U.S. naval bombardment. 4,000 military personnel manned the complex. 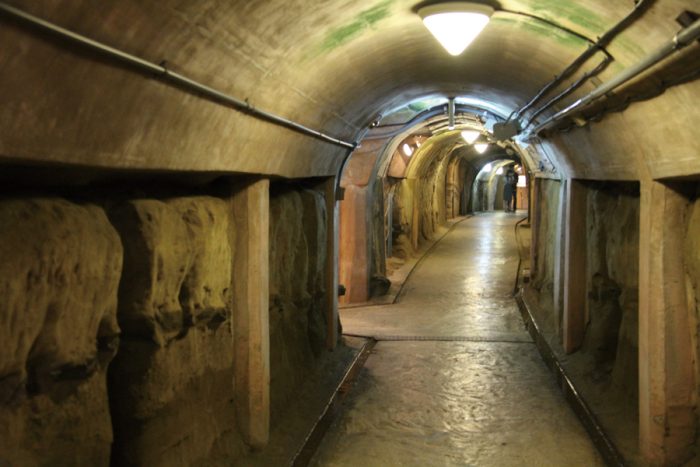 There are a couple of passages in the bunker looking like a maze. 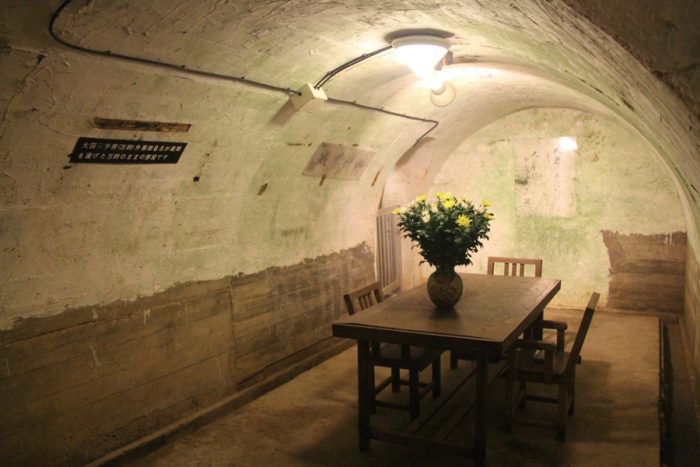 The room of the Commanding Officer Minoru Ota.

After the war, the tunnels remained for a long time in the condition they were left after the battle, but in 1977, the Okinawa Tourism Development Association restored 300 meters of the facility.