Higashi Village has few claims-to-fame here on the island. It has the smallest populated municipal region in Okinawa, with a population of around 1,900. It has some the tastiest pineapples ever found in Japan. And it is home to former LPGA retired golfer, Ai Miyazato.

But every March, Higashi Village gives life to another claim-to-fame, the annual Azalea Flower Festival,which will take place from March 1st through the 21st of this year. Because of Okinawa’s subtropical location, azaleas (tsusuji in Japanese) bloom a bit earlier than those found in the mainland, making the azalea festival the earliest of its kind in all of Japan. On a hilltop in Higashi’s Tsusuji Eco Park, some 50,000 azaleas will be in full bloom making for an awe-inspiring panoramic view. 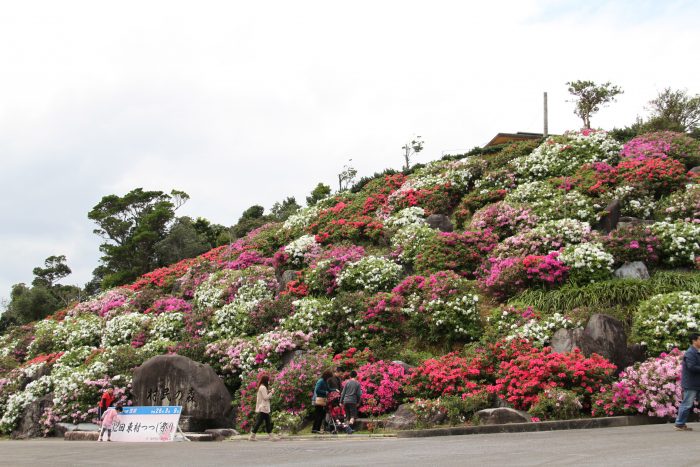 Breathtaking! Over 50,000 azalea flowers for your enjoyment.

Although Higashi Azalea Eco Park is best known for its annual flower festival, the park also offers camping grounds and wooden cottages (accommodating 4, 6 or 8 adults) for rent at reasonable prices all year. 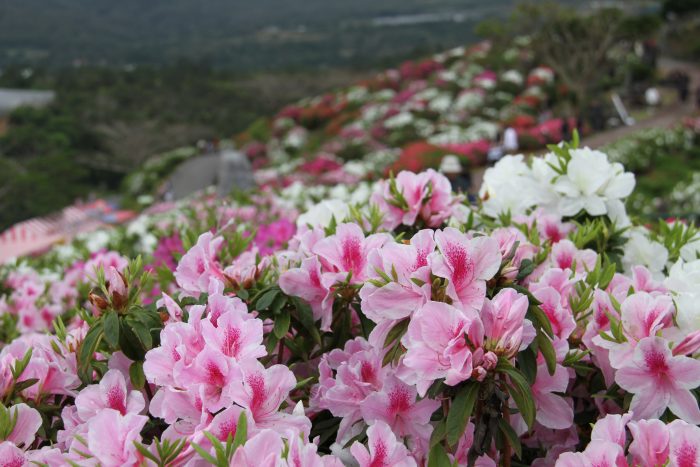