April 29th marks the start of the 25th Annual Yuri Matsuri, the Ie lsland Lily Festival, showcasing more than one million teppoyuri’s, or Easter Lilies, which have become a vibrant symbol of this small island. During this time, what would normally be a quiet island of 5,000 inhabitants, Ie Island quickly transforms into a highly populated region. The festival builds to its crescendo during its final day ending May 5th, which coincides with Golden Week, one of Japan’s principal holiday periods.  Visitors, by the thousands, flock to pay homage to these sweet fragrantly scented lilies and to partake in the action-packed entertainment scheduled during the festival period. 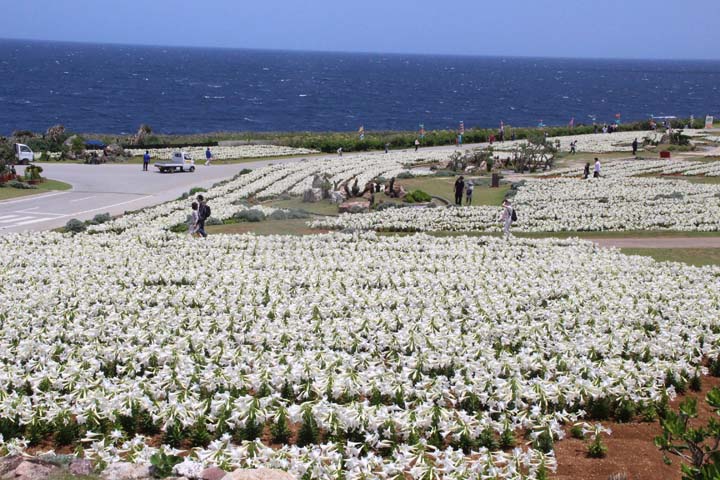