Oki-no-Guu is located inside Onoyama Park in Naha (Note that Onoyama Park holds three different shrines in close proximity). The other shrine, “Gokoku Shrine” is the most popular shrine in Okinawa for this generation. Almost 240,000 people visit every New Year season. 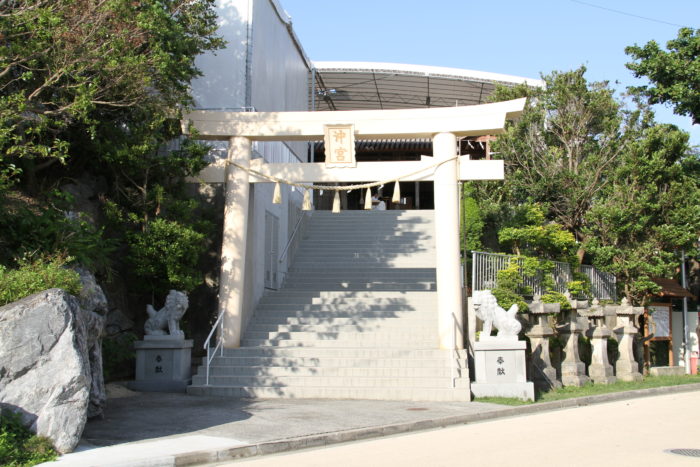 Naminoue-Guu is located next to Naminoue Beach in Naha City. It is considered the highest ranking shrine among the Ryukyu Hassha. It is currently the second most popular shrine for “Hatsumoude” visits with almost 150,000 people in attendance. You can find the “Gokoku Temple” next to the Naminoue shrine. Some Okinawans confuse the Gokoku Shrine at Onoyama with the Gokoku Temple at Naminoue. 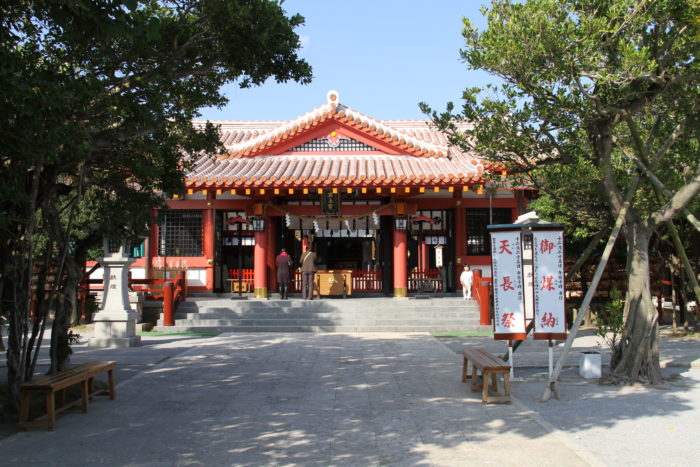 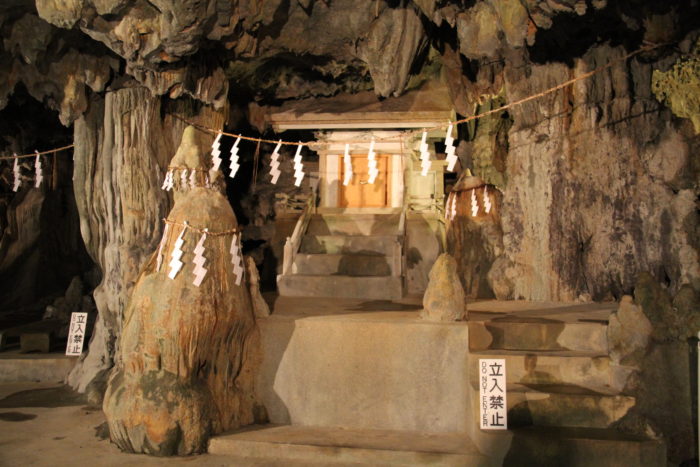 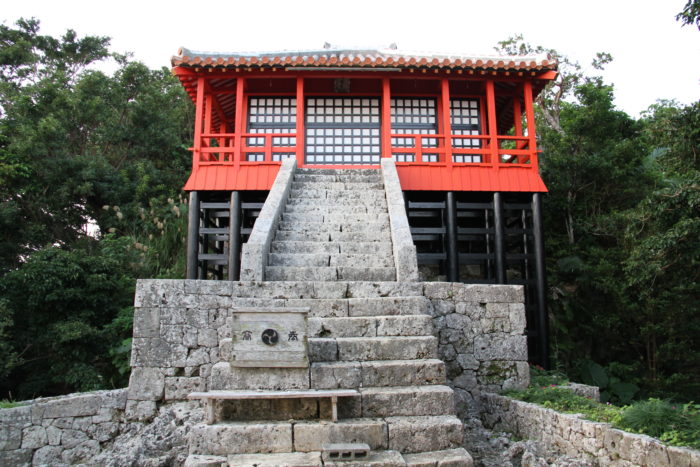 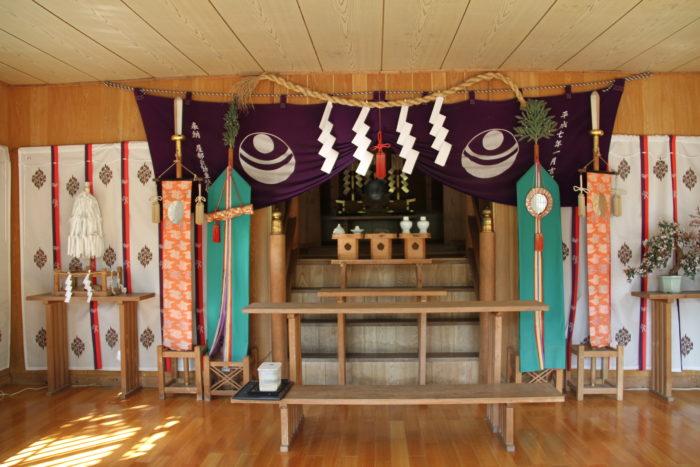 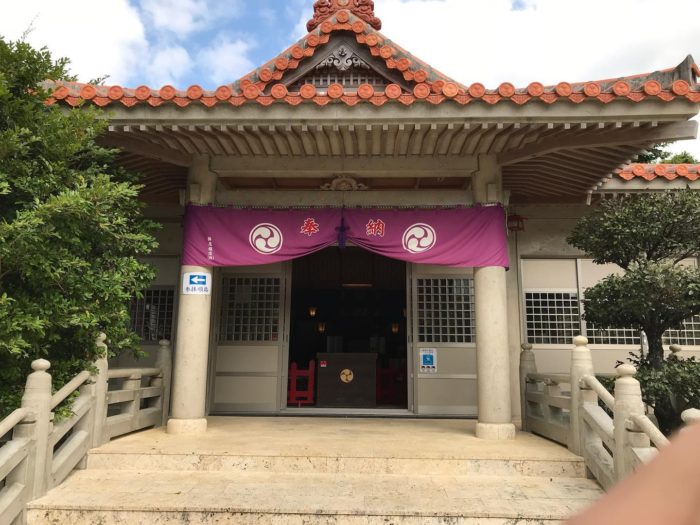 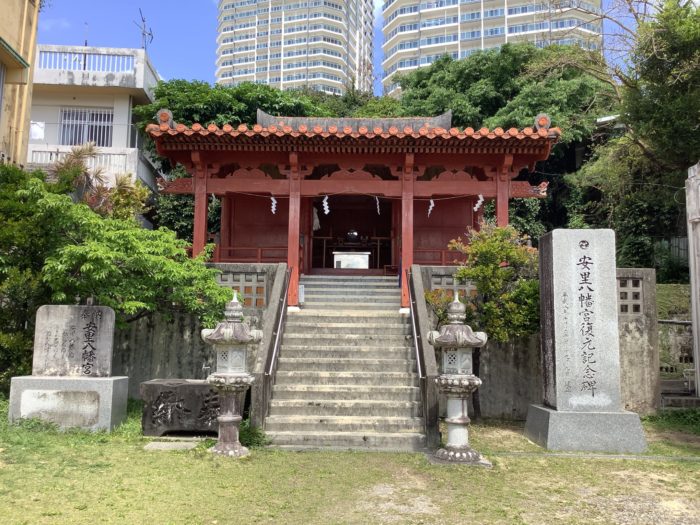 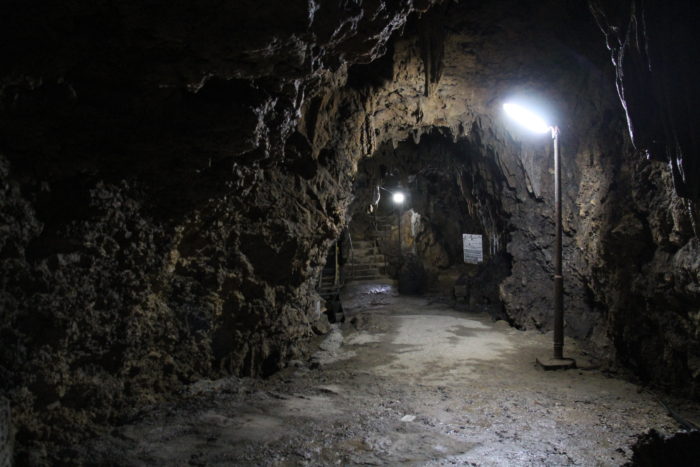 Foreigners of other religions should not view participating in a Hatsumoude as a sacrilege of their own religion. It is not a matter of religion, but rather a custom of bringing in the New Year. One must remember that the majority of Japanese people do not strictly follow a particular religion. They go because it is a custom and tradition dating back generation to generation. Visiting a shrine during New Years will give you an understanding of Japanese customs and an insight to the Japanese psyche. 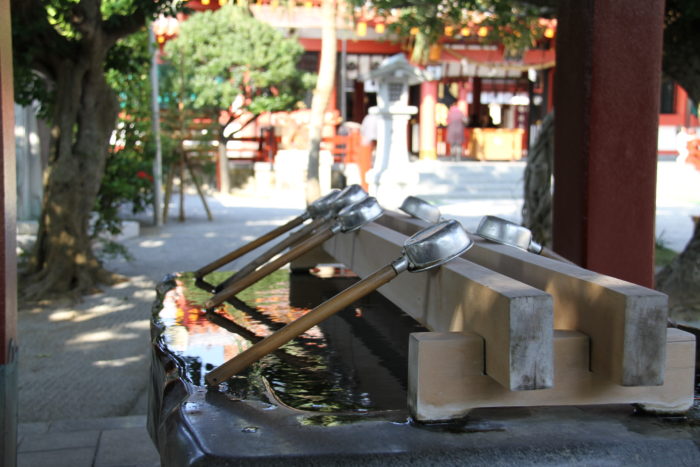 After washing, just walk to the front of the “Haiden”. Sometimes you will find a shrine without a Haiden or an offering box, so just praying is fine. When you arrive in front of the Haiden, bow twice and then throw a coin, usually 5 yen or more, inside the offering box, then ring the bell that’s hanging from the ceiling (a temple doesn’t have this kind of a bell, so just throw your money in the box and pray). After that, clap your hands twice and keep your hands joined together to pray for whatever you are hoping for. Most Japanese pray for their health, family safety, and/or something special in need. Then bow one more time before you step away from the Haiden. It is also good to bow back at the shrine when you are under the Torii gate as you are leaving. Those are the formal manners for visiting and praying at a shrine or temple.