On the eighth anniversary of the crash of a Marine Corps heavy lift helicopter onto the Campus of Okinawa International University, students are planning a two-part remembrance August 13th.

The August 13th crash came at 2:20 p.m., at a time when the university campus was deserted. The helicopter based at Futenma Marine Corps Air Station adjacent to the campus had a mechanical malfunction and crashed against the OKIU administration building. Nobody on the ground was injured, but three Marines aboard the chopper suffered injuries.

Monday’s ceremonies begin at 2:20 p.m., the moment of the crash. The annual remembrance is to keep in mind the events of the afternoon, reminding students, teachers and residents in the area how precious life is. Five students will speak, rendering their opinions about the military base on Okinawa. Their speeches take place at the crash area, where the trees were burned. A tree and the broken walls have been preserved as monuments of the crash, and has become a mecca for school trip students who visit to study about peace.

Following the 50-minute ceremony, guests will gather for a musical concert by Okinawan musician Yutaka Umisedo, who’s keyed on the theme of world peace. He has a peaceful message of Okinawa, and will talk Okinawan history with songs to the students. The free concert takes place in classroom 201 in No. 7 building.

Documents pertaining to the crash incident eight years ago will be on display at the OIU campus library. 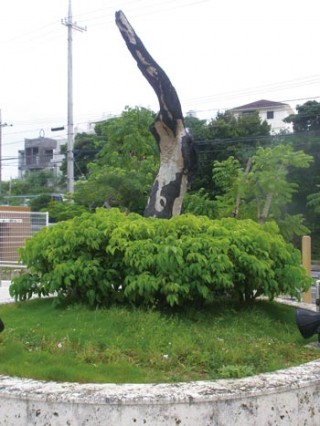 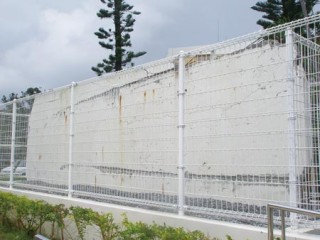