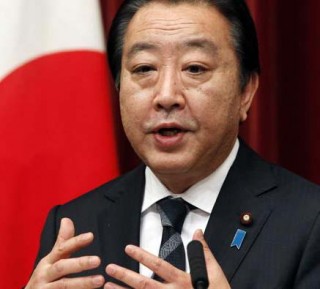 The principal opposition party in Japan, the Liberal Democratic Party ousted from power in August 2009, is now being heavily favored to win Lower House elections set for December 16th, a move that would put them back in power.

After controlling the country for most of the past half-dozen decades, the Democratic Party of Japan steamrolled the LDP in the August elections with promises of changes.  Prime Minister Yukio Hatoyama was the first of three under the DPJ, lasting less than nine months because the contentious Futenma Marine Corps Air Station overpowered him.  Naoto Kan lasted 451 days, paving the way for Yoshihiko Noda, who’s been Prime Minister since September 2nd, 2011. 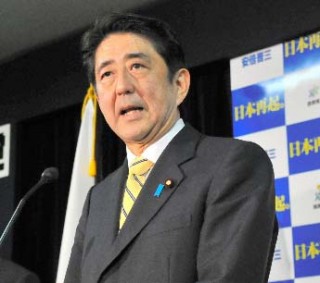 Shizo Abe, the leader of LDP

Now, with the Noda and the DPJ’s poll ratings low, the LDP is strengthening its case to reassume control of the government, with former Prime Minister Shinzo Abe leading the party and thus, the Prime Minister position.  In the latest surveys, 26% of Japanese say they’re planning to vote for the LDP in the elections next month, while only 13% said they’d vote for the ruling DPJ.

An earlier  Yomiuri poll also showed the LDP far ahead of the DPJ with 25% of the respondents favorable, compared with only 10% who say they’d vote DPJ.  Still, 43% of respondents say they’re not sure who they’re going to vote for.  Many told the pollsters they’re concerned the DPJ hasn’t lived up on its promises to cut bureaucracy.