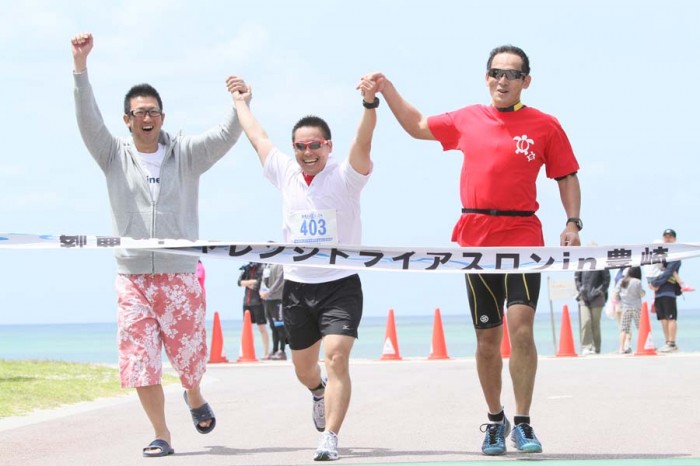 Chura Island Chalenge triathlon has categories to every age group from elementary students to adults, while the Chura Sun beach season opening is event is held at the same time on the beach.

Triathlon competitors from kids to experts are getting set for Sunday’s Chura Island Challenge Triathlon at Chura Sun Beach in Tomigusuku City.

In addition to this races, “We are one”, the opening event of swimming season on Chura Sun Beach, will be held at Chura Sun Beach simultaneously.  Many events will be held throughout the day such as Eisa show, dance shows, and musical performances. Sales of agricultural and marine products, are slated for the event, which begins at noon and runs to 6 p.m.  Admission is free. 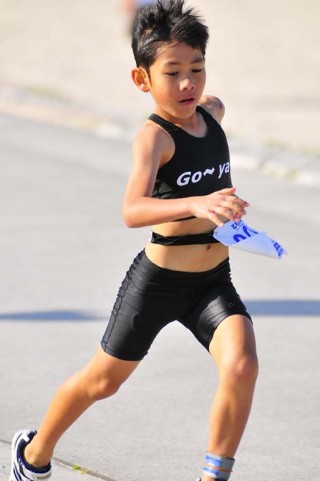 The main goal is to participate and have fun. 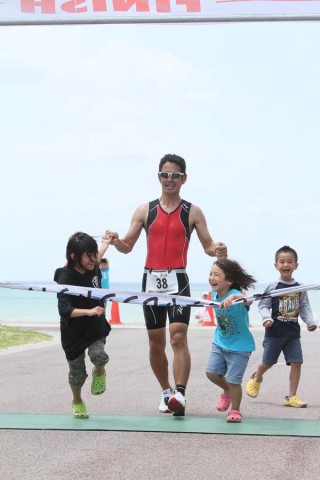 Families can do it together.

8) Kids (The third and forth year students)