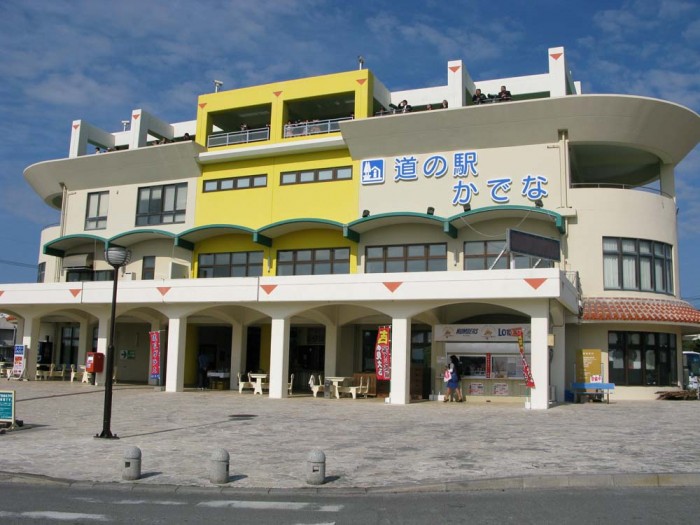 Kadena Michi-no Eki is located just outside KAB runway-side fence, and features an observation deck on the top floor.

Getting away from the daily grind to experience a bit of Okinawa’s local culture need not mean a lengthy drive up or down the island.  A morning or afternoon of fun is easily enough had at a local Michi-no Eki, a highway road house and shopping area.

Kadena town is about 23 kilometers north of Naha City, and it boasts its own Michi-no Eki. . Kadena 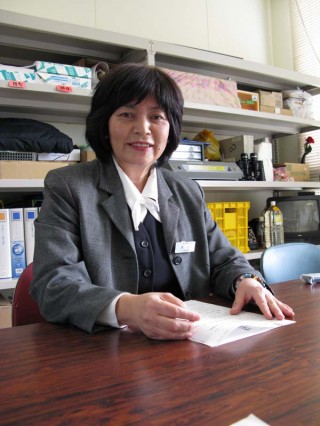 Manager Tomoko Toguchi likes to see many people to visit her facility. 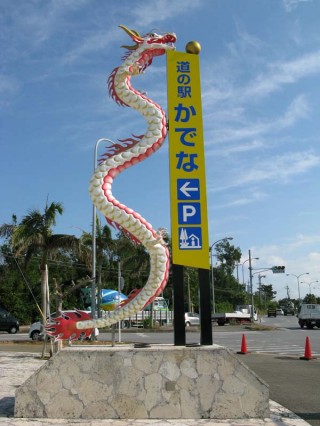 Kadena Michi-no Eki erected a dragon in honor of the Year of Snake.

Town has an area of 15.04 square kilometers, with the bulk of that — 83% of the land– allocated to Kadena Air Base. In order to see the largest United States Air Force base overseas, many tourists, including students as well as overseas tourists visit the Kadena Town every day, and “Michi-no Eki Kadena is the sightseeing spot from which the adjacent base can be overlooked,” says a local official, “and is well known”.

What kind of place is it for tourists?  In this third visit to an Okinawa Michi-no Eki, we visit Kadena Town for a firsthand look. The road station is an hour drive from Naha Airport. More than 200,000 people visit Michi-no Eki Kadena every year, as it serves as a stop-off during a ride to northern areas of the island from Naha.

It’s key feature is the Sky Lounge, an observation deck on the fourth floor. Even though Michi-no Eki are generally built as flat buildings, Kadena was designed to be a unique four-story building, to accommodate perspective of showing the U.S. Kadena Air Base. with its 3.7 kilometer-long runways and military aircraft that can be seen – and heard – taking off and landing.  Many students on their school excursions come to experience about military bases and peace on a year-round basis.

“There are many American military bases in Okinawa, however here is the only place that we can see the U.S. Base so close,” says Tomoko Toguchi, the manager of Michi-no Eki Kadena. Kadena Air Base is a hub for Air Force activity, so a wide variety of aircraft come flying.  As a result, Michi-no Eki Kadena also attracts fighter enthusiasts, professional and amateur photographers with the aim of getting a shot of a battle plane. Tourists from Kyoto were told that they could see aircraft and take a shot of fighters taking off from the observatory. They also mentioned they were surprised by the take-off noise. The observatory is also popular for people who take pictures as it has a roof, so visitors can stay dry while seeing the U.S. base even while raining. 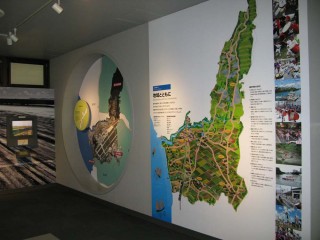 A learning and exhibition room on the third floor showcases Kadena Town’s history and its relationship with the air base.

A Free Learning Exhibition Room has been set up on the third floor. It shows about Kadena Town’s history and Kadena Air Base. The whole room is fenced with barbed wire as it replicates outside and inside of the bases in Okinawa. Outside of the fence, pictures have been on display that convey feelings of old life in Kadena Town. Seven image screens are placed that provide wide range of images from prewar Kadena town to postwar and present Kadena Air Base. Besides, there is a mini-theater in the room, where visitors can learn how Kadena Air Base was built. In addition, an experimentation corner is arranged for comparing sounds between three tones, a fighter aircraft, a jumbo jet aircraft and a truck. Also, models of planes, which have been involved with the Air Base are exhibited. Not only the observatory but the learning room is filled up with students during school trip season, as both are critical for visitors. 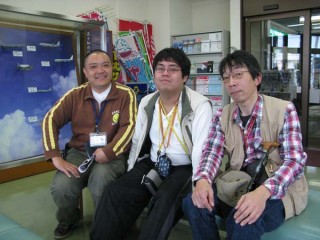 Visitors from Kyoto were attracted to Kadena Michi-no Eki by the promise to see and photograph fighters to take off and land.

floor. Popular in the restaurant is the Jumbo Cheese Hamburger. Many times the burger appears in travel guidebooks. It’s about eighteen-centimeters long and eight-centimeters wide and 100% beef patty is used. You can enjoy the specialty, which has been loved more than 25 years.

Soft-serve ice cream made from Noguni Imo, sweet potato, can be enjoyed on the fourth floor Sky Lounge. The potato is a special local product in Kadena Town and generally called Satsuma Imo in Japan. The ice cream is especially popular in summer, thus there is often a long line with students and tourists.

Photos and models of military jets including aircrafts assigned and flying into Kadena Air Base are sold on the first floor. The local specialty store deals in Okinawan souvenirs as well, such as T-shirts, sweets, Ryukyu glass accessories and others. 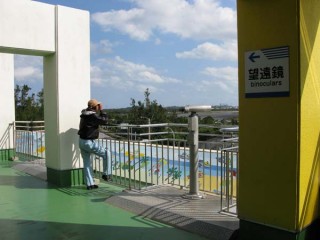 A visitor takes a loser look and the base using binoculars from the observation deck.

Michi-no Eki Kadena has a once-a-month market, called Syuumatsu Ichi, every fourth Saturday from 9:00 a.m. to 5:00 p.m. Fresh farm products and also handmade sweets and items are lined up. Moreover, an anniversary event for opening Michi-no Eki Kadena is approaching. It will mark its 10th anniversary on April 26th of this year. Local folk songs will be on the schedule.

“I’d like people to come here, to see the Kadena Air Base and listen to the sounds in order to feel the true military base personally.” Toguchi explains. A picture is worth a thousand words. Information from media and others are sometimes one-sided for better or worse. For that reason, she hopes for many visitors here from other prefectures and abroad as well as Okinawa and the bases.