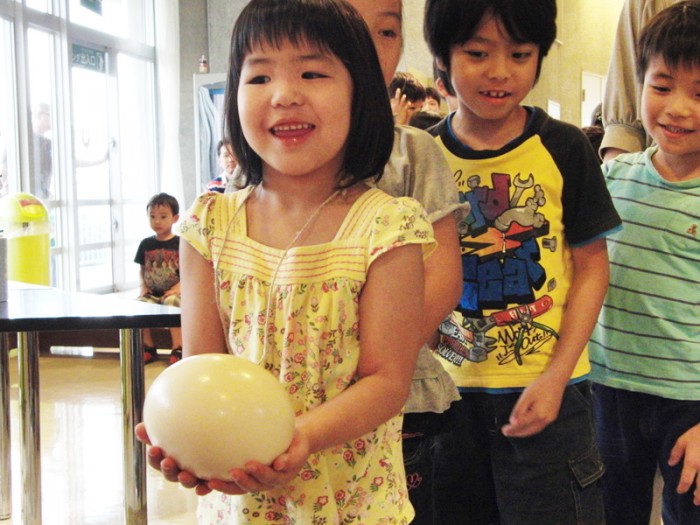 In last year’s anniversary event children visiting the Wonder Museum became familiar with an ostrich egg that really is a handful of wonder.

The Wonder Museum at Okinawa Kodomo no Kuni, the Okinawa Zoo & Museum, is hosting a series of special free events during the period April 1st through the 14th, as it celebrates “The 9th anniversary week of the Wonder museum”. 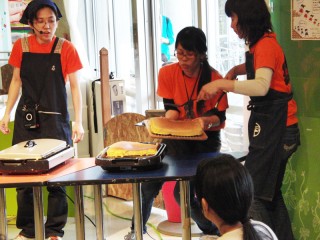 The children also had a chance to taste an omelet made of a single egg.

It’s taking place at Okinawa Kodomo no Kuni, Okinawa Zoo & Museum, starting Monday. Various events, which can be enjoyed by parents and children alike, will be held during the anniversary week.

The weekend of the 13th and 14th there will be a Chocolate Fountain for the first 100 visitors from noon to 2 p.m.  The waterfall of chocolate will appear in the Wonder Museum, where visitors dip chocolate to sweets, and then eat them.

There will also be “Let’s go! The performance of “Team Asobi (Playing)”, at 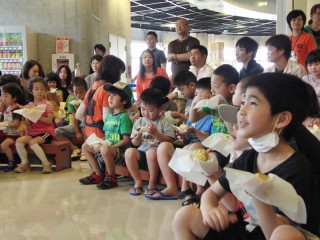 The Kodomo-no Kuni Wonder Museum has plenty of activities scheduled during their Anniversary Week.

1 p.m. and 3 p.m. This will be performed by “Team Asobi (Playing)”. The contents of the performance show include a balloon show and reading books.