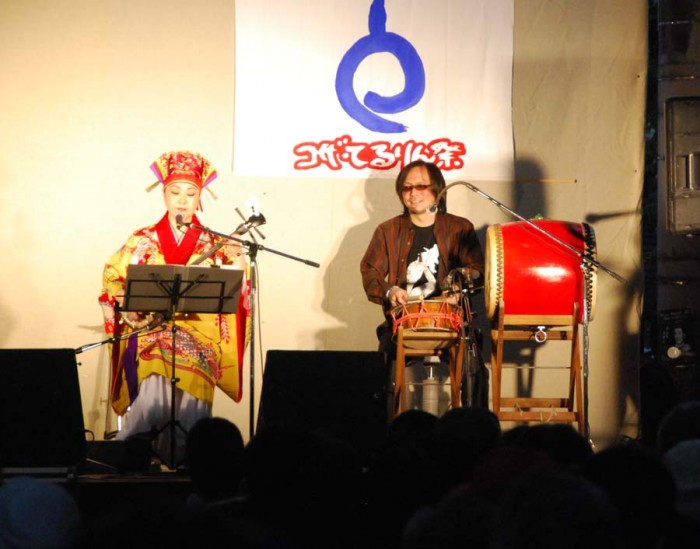 More than two dozen local performers are slated to be on stage on Apr. 14 at Chuo Park Avenue to celebrate the 5th Koza Terurin Festival, and event held to honor Rinsuke Teruya, the man who more than enyone else influenced Okinawan popular music from the postwar years through his death in 2005. 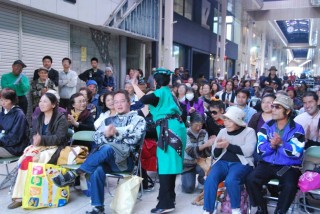 A lot of people gathered to Chuo Park Avenue at last year’s festival, a testimony to Rinsuke Teruya’s enduring legacy.

Admission is free for the event, which begins at 1 p.m., to honor the man who stirred Okinawan entertainment after World War II, and became the icon of Okinawan pop culture.  Rinsuke Teruya died in 2005.  More than two dozen performers are slated to be on stage.

This event named in the name of Teruya Rinsuke, one of the pioneers of Okinawan popular music  It is held in Okinawa City, the traditional center of Okinawan entertainment and musical scene, to show the Okinawan music and entertainment. People inherit and celebrate the past as their great property and hand it down to children with their future as pride. The exchange with people who 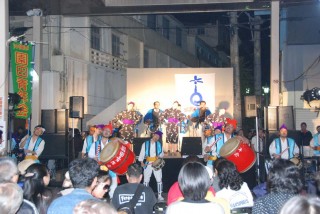 Plenty of local performers take the stage during Terurin Festival.

gather from the outside of Okinawa prefecture for this day to share the importance of the culture of the island is useful also for promotion of Okinawa city.