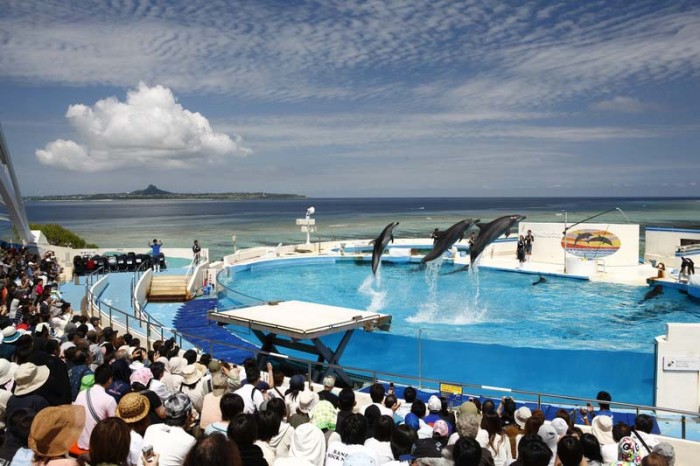 Popular tourist spots, such as Expo Park in Motobu, will experience record crowds during Golden Week holidays in Japan.

Companies, banks and public offices close, people are on the move and airports are a congested mess during the upcoming Golden Week, which gets its start on Monday.

Golden Week is a collection of four national holidays within seven days which, in combination with well placed weekends, makes Golden Week one of Japan’s three busiest holiday seasons, besides New Year and the Obon week. Trains, airports and sightseeing spots get very crowded during Golden Week, 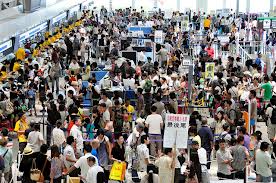 Airports are extremely crowded when people rush to take advantage of their up to 10 days off from work.

and accommodation in tourist areas can get booked out well in advance.

In 2013, weekends are placed in a way to create two separate holidays of three and four days. Travel activity is anticipated to peak on May 3rd with people leaving the large urban centers, and on May 5th and 6th in the opposite direction. 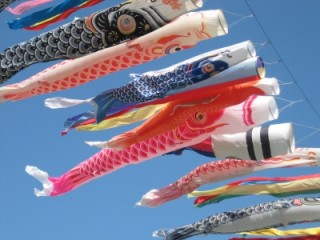 Koinobori streamers fly in honor of the Children’s Day on May 5th.

May 5th is Children’s Day, Kodomo no hi. The Boy’s Festival, Tango no Sekku, is celebrated on this day. Families pray for the health and future success of their sons by hanging up carp streamers and displaying samurai dolls, both symbolizing strength, power and success in life. The Girl’s Festival is celebrated on March 3rd.

The National Holiday Laws, promulgated in July 1948, declared nine official holidays. Since many were concentrated in a week spanning the end of April to early May, many leisure-based industries experienced spikes in their revenues. The film industry was no exception. In 1951, the film Jiyu Gakko recorded higher ticket sales during this holiday-filled week than any other time in the year, including New Year’s and Obon. This prompted the managing director of Daiei Film Co., Ltd. to dub the week “Golden Week” based on the Japanese radio lingo “golden time,” which denotes the period with the highest listener ratings.

Many Japanese take paid time off on the intervening work days, but some companies also close down completely and give their employees time off. Golden Week is the longest vacation period of the year for many Japanese jobs.

Two other holidays may also be observed for most or all of a week: Japanese New Year in January and Obon Festival in August. Golden Week is an extremely popular time to travel. Flights, trains, and hotels are often fully booked despite their significantly higher rates at this time. Popular foreign destinations in Asia, Guam, Saipan, Hawaii, and major cities on the west coast of North America, such as Los Angeles, Seattle, San Diego, San Francisco, and Vancouver, as well as in Europe and Australia, are affected during these seasons by huge numbers of Japanese tourists.

Golden Week has a reputation for a high rate of suicide in Japan, with special suicide hotlines set up during the week as an attempt to reduce the number of suicides there.