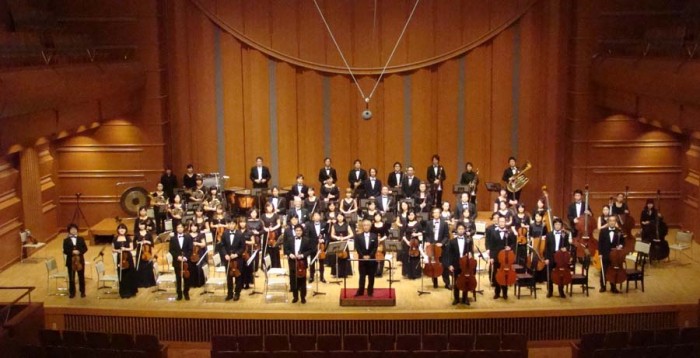 Safari Orchestra accompanied by Okinawan musicians play in a classical concert in Sugar Hall on Apr. 20.

Concertos for strings and flutes are in store for a performance by mainland Japan’s Safari Orchestra later this month in Nanjo City.

The April 20thconcert at Sugar Hall in Sashiki, Nanjo City, starts at 7 p.m., while doors open at 6:30 p.m.  The joint concert by the Safari Orchestra from Tokyo and Kanagawa Prefecture and local Okinawan musicians takes on Violin Concerto RV 269, “La Primavera” Spring by Vivaldi, Flute Concerto in D Minor H.426, by C.P.E. Bach, Sinfonietta for strings by Hajime Yukimatsu, Serenade for Strings in C Major Op. 48 from Tchaikovsky, and Symphony No. 27 in G major K.100 (161B) from Mozart.  Organizers say there’s more, but are keeping the titles under wraps. 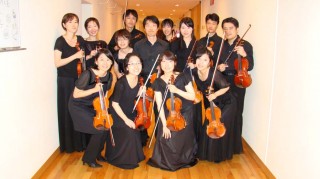 All members of Safari Orchestra are amateurs.

General admission is ¥1,000, while admission for junior high school and elementary school students is ¥500.  All seats are unreserved. Sugar Hall in Sashiki, Nanjo city, can be reached by taking the Haebaru Minami exit of the Okinawa Expressway, turning left towards Yanabaru and continuing on Route 331 until you see Sugar Hall on the left surrounded by sugar cane field. Turn left at the Sashiki Post Office. The drive from the exit takes about 20 minutes to half an hour.  There’s free parking for about 200 cars at Sugar Hall.

Safari orchestra is an amateur orchestra active mainly in Tokyo and Kanagawa.

This orchestra has performance techniques rich with power of expression and high quality. Its concerts win popularity contests, and there are never vacant seats at the performances. It has performed in Carnegie Hall in New York in 2008, and has performed in Munich in 2010. Moreover, not only orchestra pieces but chamber music is performed by members. “Safari” means exploration and research in Swahili.

Japan Update has 45 free tickets to the concert to give to our readers. Thickets are available “first come first served” at Kadena and Foster Mail Centers, on the first floor of Kadena BX and in the Foster Services Mall.