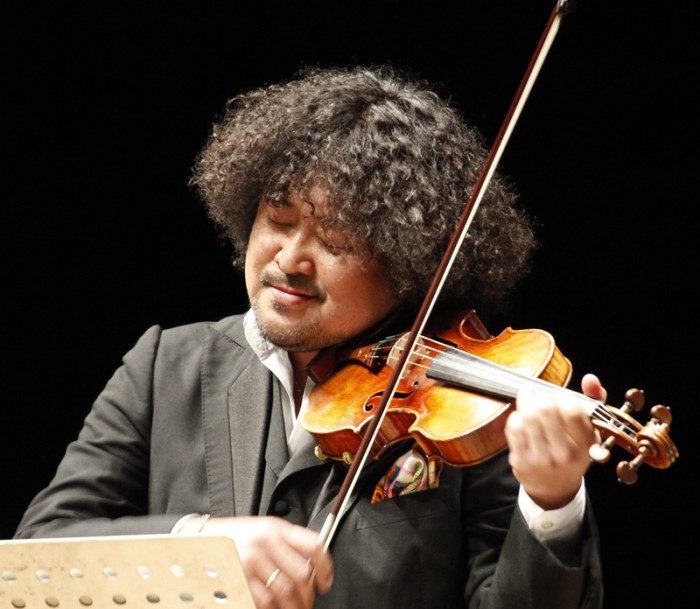 One of Japan’s top rated violinists is bringing the music of Brahms to life on Sunday, June 2nd, in Okinawa.

Taro Hakase, who first gained acclaim with his violin handiwork accompanying Celine Dion on one of her most famous songs, is making his third public concert this year to introduce various elements of classical music. Hakase has a good many pieces in his repertoire, but says “it is impossible to incorporate all of the music of various genres in a single concert.  With this two-part concert series, music performed will be individual pieces by Brahms, a composer he says is a romanticist he loves.

In the June 2nd concert at Okinawa City Civic Hall, in Yaejima, Hakase says he’ll investigate more music to help spectators “to feel the pleasure of full scale classical music.  It will form with emphasis on this performance at the Classic Theater 3.”  Hakase will perform all musical pieces with his violin.

Taro Hakase was born January 23, 1968 in Suita, Osaka, growing up to specialize as a violinist and composer. He is best known internationally for playing the violin on Celine Dion’s song “To Love You More” which appears on the U.S. edition of her “Let’s Talk About Love” album. With the success of the song, Hakase went on a nationwide promotional tour making television appearances, and also went on tour with Dion to perform the song during her 1996-1997 Falling into You Tour and her 1998-1999 Let’s Talk About Love Tour as guest violinist.

When Dion began her two years off to have her son Rene Charles, Hakase continued his music career on his own. In 2006, to celebrate 10 years of his success, Hakase reunited with Dion in Las Vegas, Nevada, during a performance of her show “A New Day…” to perform “To Love You More”. He performed “Addio monti (I promessi sposi)” on the 2007 Ennio Morricone tribute album We All Love Ennio Morricone, and also co-composed the album Symphonic Poem “Hope” with Yuji Toriyama, a collection of themes used in promotional videos for Final Fantasy XII.

In his native Japan, his song “Another Sky” is All Nippon Airways’ theme song, while “Color Your Life” is the theme song of Shinsei Bank.