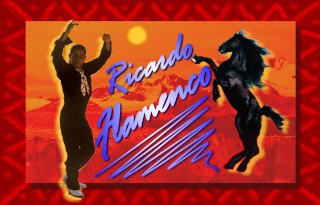 Flamenco music lovers rejoice: there are not one, but two flamenco programs coming up Saturday with two separate flamenco troupes.

Pasion y Emocion Flamenco Live at Okinawa Prefectural Museum has a pair of performances, while another, Flamenco Exhibition at Okinawa Civic Theater Ashibinaa in Okinawa City goes on stage in the evening.

Flamenco Exhibition at Okinawa Civic Theater Ashibinaa starts at 7 p.m., a half-hour after doors open.  Advance tickets are ¥2,000, while they’re 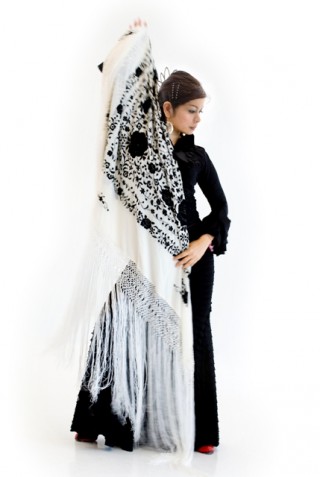 Narumi Chinen became enamored with flamenco while living in Tokyo, and studied under several Spanish artists after that. Compared with other flamenco dancers in Okinawa, she does not stop only at flamenco, but turns her eyes also to body expression of other genres, such as ballet, and is pursuing her own dance art deeply. She acts as the lecturer in the Okinawa Times culture school besides managing her studio in Ginowan and operating her Estudio de Flamenco De Narumi Chinen “Amor al Arte”

Pasion y Emocion Flamenco Live at Okinawa Prefectural Museum has two shows Saturday.  Doors open at 2:30 p.m. for the first program, which begins at 3 p.m., and the second starts at 7 p.m., 30 minutes after doors open.  Advance tickets are ¥1,500, while tickets at door are ¥2,000. Tickets are ¥1,000 for elementary school students.

On this stage, Ricardo Shimabukuro, an Argentine tango dancer who manages a flamenco studio in Shuri, and his partner “Yumi” will demonstrate flamenco and Argentine Tango together with their students. Ricardo always says “Passion and Emotion” are the most important factors to live life, and he wants to tell people about that through his dance.

He was born in Buenos Aires, Argentina.  At age 16, he auditioned for “The Modern Jazz/Danza Artica Dance team”, was accepted because of his talent and technique, and was selected as an honor student from 300 applicants, and joined top class. He emigrated to Japan in 1991. He moved forward on his own and teamed with Dancer “Yumi” in 1999. From there, the pair began on stages, such as charity shows and in relations exchanges. After that, he opened “Flamenco & Argentine Tango Studio” in Shuri, Naha city in 2005.