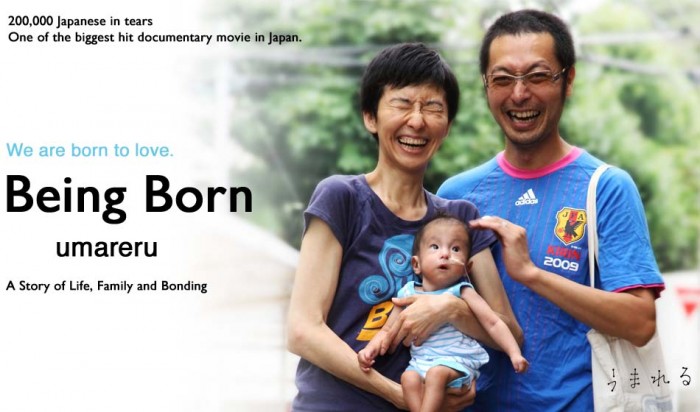 Documentary “Umareru” is shown at the Festival twice.

It’s a festival based on a theme of family bonding, promoting togetherness while drawing attention to prevention of child abuse. 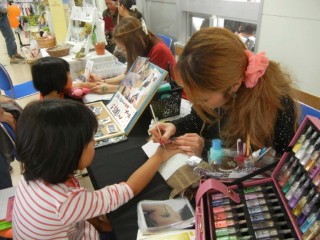 The festival has plenty of hands-on workshops and demonstrations from Tarot reading to body art, nail painting and haircuts.

The 10th Issaigassai Festival’s cornerstone this weekend is a documentary on the topic Umareru.  Umareru means ‘birth’ in Japanese, and the film takes viewers through the story of life, family and bonding.  The experiences of four couples in the documentary deal with pregnancy and abortion, still birth, infertility and disorders.  The film has English subtitles.

The June 30thfestival at Okinawa City Civic Hall includes showing the documentary twice, at 11 a.m. and 2 p.m.  The documentary deals with birth from various angles, offering thoughts on life, the family, partnership and the role of men.  Festival organizers are encouraging visitors to view the documentary and 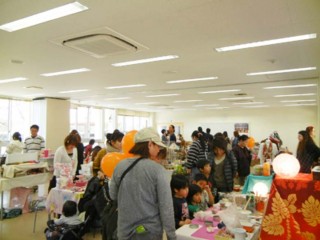 Last festival held in Onna Village attracted plenty of people to shop at the bazaar.

then think about their own experiences with childbirth and family rearing.

Advance Tickets are on sale for the Umareru documentary for ¥1,000 for adults and teens 16 and older, while advance tickets for kids 6 ~ 15 are ¥500.  Tickets at the door of Okinawa City Civic Hall large hall are ¥1,500 for adults and ¥800 for youth and children.  Tickets are available at Japan Update by Ryukyu Press, by calling (098) 943-6180, or emailing info@japanupdate.com.  The 104-minute movie is different, organizers say, because the director or narrator, and most of staff relating the movie are “Ikumen” meaning “A father who is child rearing well” in Japanese buzzword. That’s why the movie focuses birth from men’s side much, too. They say it’s a good movie for a man who want to be a good “Ikumen” but doesn’t know how. They say they want you to watch the movie and think about all kinds of births or families.

The festival’s objective is to create an environment where families will smile and have communication; organizers say there is not enough information about orange ribbon at Okinawa yet, and they want to increase attention and let people know about preventing child abuse, and to shut out child abuse in Okinawa. Charity activity is being conducted in conjunction with the festival, with only one association in Okinawa serving as a support NPO, the All Japan Prevention of Child Abuse Network -Orange Ribbon Activity.  A part of the booth fee at the event is being donated to the network.  Details are at http://www.orangeribbon.jp/