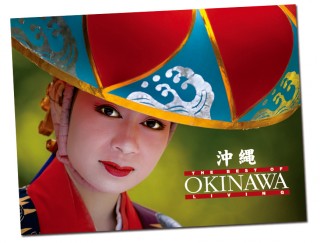 A new edition of the Best of Okinawa Living book is now available.

With hundreds of new images, many shot by Okinawa Living Magazine’s primary photographer Thomas Alan Smilie, the new edition features pictures shot with and processed with the latest technology.  “I got my first camera in 1983 while stationed here in Okinawa and I was an early adaptor of digital starting with a Nikon D100 in 2002 and I haven’t looked back since” says Smilie. “I love how modern photography has blended with technology.”

The new and improved Best of Okinawa Living shows the islands in a new light with Smilie’s images and new camera gear including a Nikon D4 and D800. The Brief History of Okinawa touches on the islands gusuku, or castles, and chronicles a few historical highlights. The Places chapter takes readers on a virtual tour of southern, central, and northern Okinawa as well as surrounding isles and islets. Okinawan Icons, which personify the region, the prefectures people, and many aspects of the islands unique culture, cover various subjects that represent the Ryukyu Islands.

Holidays, special occasions, and festivals are a vital part of Okinawan and Japanese culture. Celebrations highlights Okinawan Matsuri, or seasonal festivals, including the Naha Great Tug-of-War (a contest using the largest rope made of natural materials in the world), and the islands distinctive Dragon Boat Races.  The Ryukyu Archipelago is well known for its natural beauty. The Nature section takes readers on a brief sightseeing expedition to Okinawa’s quickly-disappearing northern forests called Yanbaru, the islands many caves (including the massive grotto known as Gyokusendo), the prefectures many beautiful beaches and more.

Traditional Okinawan cuisine has recently received praise and notoriety among the health conscious. The chapter sheds light on the miraculous Food and Drink of the islands. The archipelago’s greatest treasures are the people that live in this sub-tropical paradise. The People of Okinawa chapter shows a day in the life of a few Okinawans—their trades, philosophies, and thoughts.

The Best of Okinawa Living is available at select AAFES BookMark locations for $37.95—making it the gift of choice for friends and family members back home.