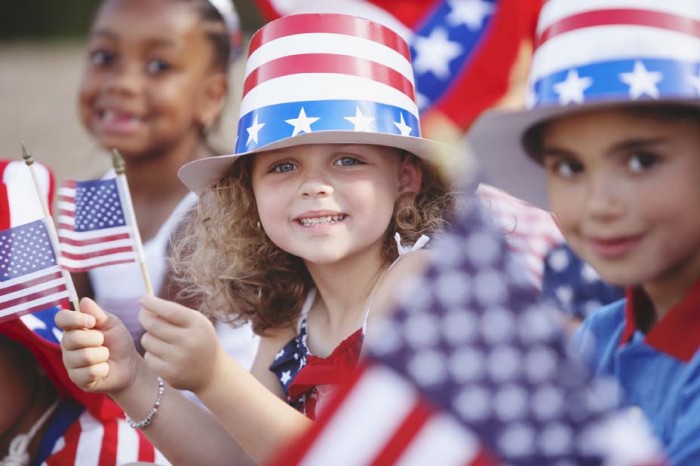 Americans throughout the world are celebrating their country’s 237th birthday.

Americans around the world are planning picnics, barbeques, parades, speeches and fireworks over the next few days as the United States celebrates its 237th birthday.

Today marks America’s birthday, and from Alaska to Okinawa to the U.S. Embassy in Zimbabwe, celebrations of all sorts are about to take place.  In Okinawa, the American Consulate hosted its invitation-only old fashioned upscale party last night, and Army, Navy, Air Force and Marine Corps bases will be having many activities from today on across the holiday weekend.  Military personnel should check with base Morale, Welfare and Recreation offices for specifics.  The American Chamber of Commerce in Okinawa hosts its 2nd annual Independence Day Barbeque for members and guests Saturday at Kadena Marina.

July 4, 1776 is the official U.S. birthday, although a flurry of events leading to independence began more than a year earlier, and ultimately spanned the spring and summer 1776.  A series of 13 colonies populated a corner of what is now the United States, all under the rule of England’s King George III.  Irritation over being taxed without a voice riled the colonialists, and in 1774 they began seeking change.  The colonies created the First Continental Congress, but delegates couldn’t agree on what to do about the relationship with England.  A year later British troops became forceful and increased their presence in the colonies.

The Continental Congress tried again, and again, and finally had enough.  A committee in June 1776 composed the document, which ultimately became the Declaration of Independence.  Nine of the 13 colonies favored independence, two—Pennsylvania and South Carolina—were opposed.  Delaware couldn’t decide which way to go, while New York opted to abstain.

The Declaration of Independence was signed July 4th, published in a Philadelphia newspaper, the Pennsylvania Evening Post, two days later, and read in public in Philadelphia’s Independence Square July 8th.  The document wasn’t fully legal until early August, when all congressmen had signed it.  Still, the decision was made to make July 4th THE day.

July 4, 1777 marked the first birthday celebration, and from there the traditions grew. Fireworks were added to the parades and picnics in the early 1800’s.  By 1870, Independence Day was the biggest secular holiday in the young country.  From the Atlantic coast to the newly founded forts and outposts in the rugged west, the holiday was loudly celebrated. The official signing was not complete until early August, but July 4th was adopted as the day freedom came to America. The first Independence Day celebration was July 4th, 1777, and they’ve never stopped.  Parades, family outings and picnics, and fireworks became part of the traditions.

1 1/3 cup Crisco or other shortening

Mix shortening, salt, and flour until crumbly.  Add the water and mix well.  If too dry, add more water in very small increments

Combine sugar, flour and cinnamon in bowl, add apple slices and mix together.

Take half the pastry and use rolling pin to roll flat.  Line two 9” pie pans with the pastry, fill with the apple mixture, and apply dollops of butter across the top.  Then take second half of pastry dough, roll flat and place across the top.  Pinch the edges, and take a knife to cut steam slits in top.

The heart of the barbeque is in the sauces and glaze.  Here are the Japan Update favorites:

Mix ingredients in a large pan, heat, then bring to a boil, then allow to cool.

Poor marinate over ribs, allowing to marinate for 18-24 hours in refrigerator.  Place ribs on grill or oven rack and cook 6-8 hours, until tender.  Baste with marinade every half hour.

This glaze is excellent for all meats and poultry.