Okinawan pro-wrestling is roaring back 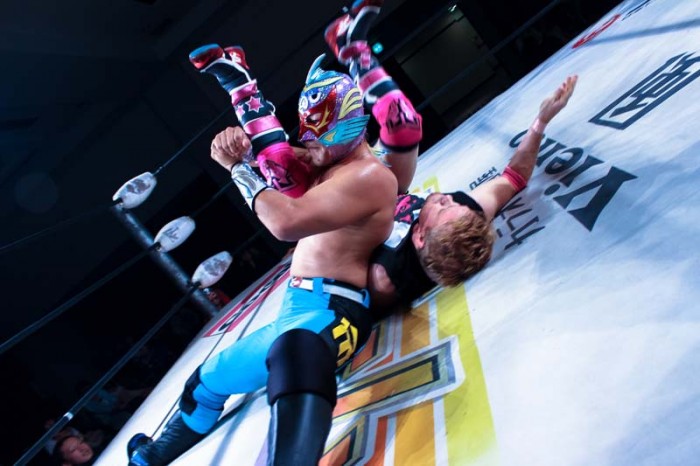 The Ryukyu Dragon Team has already staged a few shows to appreciative audiences.

It has been about a year when Okinawa’s sole pro-wrestling company closed its doors after pushing and showing for five years, but now those who are entertained by these fights have something to look forward to. 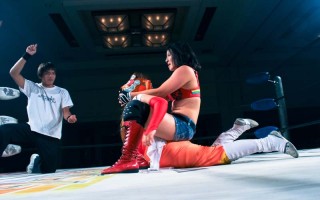 The troupe includes a pair of woman wrestlers, too.

A new pro wrestling company has now started up on Okinawa, providing family entertainment and bringing back into the ring the many popular Okinawa themed characters, including Gurkun Mask and Ryukyu-Dog Dingo.

The new company operates under the name Ryukyu Dragon Pro Wrestling, and has its home on the 3rd floor of Navel Kadena shopping complex. The company aims to start regular shows from September.

The shows will take place on Friday and Saturday starting 7 p.m. and pm Sunday at 2 p.m. 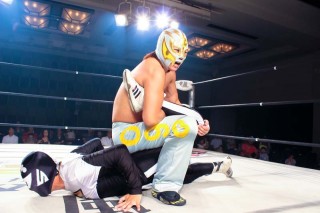 Ryukyu Dragon wrestlers have all the right moves to entertain the audience.

The wrestling shows are fashioned after the American WWE Pro Wrestling shows, promising fun action packed and exiting family entertainment that every one can enjoy.

In addition to regular shows, there is the big show of the year is scheduled to happen on Saturday, Aug. 24 at Koza Music Town, called the Koza Battle Festa.

Wrestling on the card will be all the stars of Ryukyu Pro Wrestling and special guest wrestlers from Tokyo, with the main event draw being The Giant Yoshihiro Takayama, who has won every pro wrestling belt in Japan and made his name world wide by going up against American UFC fighter Don Frye in an MMA (mixed martial Arts) fight at PRIDE 21. That’s still regarded as one of the most famous fights ever in PRIDE’s history for its sheer toughness.

Doors for the event open at 6 p.m. and the show starts an hour later at 7 p.m. The tickets are ¥5,000 for ringside seats and ¥3,000 for unreserved seats. Tickets for middle and high school students are ¥2,000, and the same for seniors. All tickets can be paid either in yen or dollars. Elementary school age and younger children are free but must be accompanied by an adult.