– Feelings of Hawaiian-Uchinanchu (Okinawan) toward Okinawa. 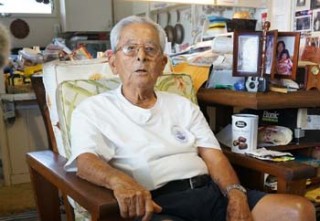 Thomas Takejiro Higa (90), was born in Waipahu, Hawaii in 1923. He lived in Kitanakagusuku Village from age 2-16. After Pearl Harbor he returned to Hawaii and joined the U.S. military to show loyalty. Although he was rejected, he got called out for his Japanese abilities. Before the Battle of Okinawa he was called in to headquarters to be shown photos of Okinawa and learns the war has begun. During the war he convinced residents hiding in caves to come out. When interrogating a prisoner, he reunited with his friends and teacher.

Organizers explain how, in the year 1945, Okinawa lost 200,000 lives and countless cultural assets, during the Battle of Okinawa. They say “we need to continue to pass on and preserve the true history of this disastrous battle to the next generation to contribute to establishing ever-lasting peace. In this year’s event, we will be taking another look at the importance of peace through the eyes of the Hawaiian-Uchinanchu, the Okinawans, and how they experienced Okinawa before, during and after the war.”

The focus is also on the foolishness war brings, they say, noting that before the war, many Okinawans had immigrated to Hawaii and supported Okinawa when in crisis.  The project leaders explain that what many do not know about the Hawaiian-Uchinanchu prejudice they experienced after Pearl Harbor, the grief of having to fight the country of their ancestors, and all the support they gave to Okinawa after the war. 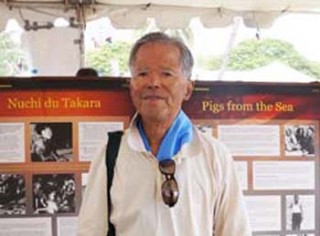 Through the actual documents, photographs and film footage of the era, visitors will be able to see their efforts towards their homeland Okinawa, making people re-think what peace is from diverse standpoints, and to never let war occur again.

Exhibition Content is segregated into three time periods: Part I Hawaii-Okinawa before the war -being away from home- and the story of Hawaii Okinawa Immigrants, Pearl Harbor and impact on the Japanese immigrants, Identities, and the prejudice and the battle 2nd generation Japanese immigrants had to fight. 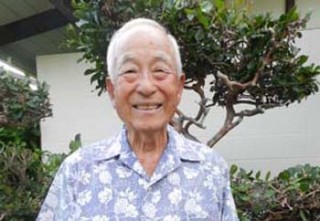 rebirth of Okinawa, Support from Hawaii to Okinawa, and the Salvation of the Okinawan spirit (culture, devotions).