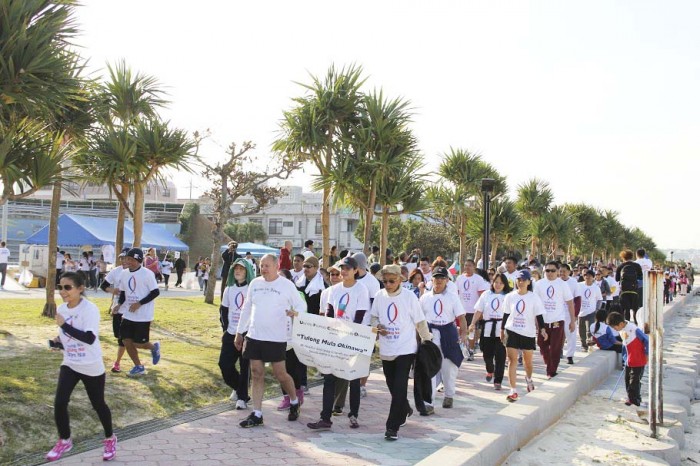 Following the devastation of typhoon Haiyan, UFCO organized a Charity Walk, Nov. 30 to raise funds to aid the victims. They are still continuing the effort in the form of selling t-shirts until Dec. 31.

Kadena Air Base and Kadena BX at Fad Tech Telecom Counter are supporting the efforts through Dec. 31 daily from 9 a.m. to 8 p.m. The point of contact off base is Irene Philippine Store in Chuo Okinawa City, just off Gate 2 Street. Irene is open 11 a.m. to 8 p.m. daily. Inquiries about the effort can be emailed to ufco.hq@gmail.com 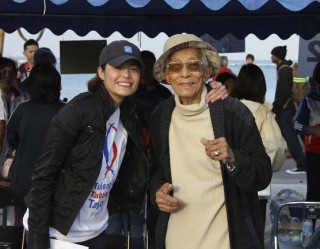 The Charity Walk Nov. 30 raised over $7,800 in 6 hours, and now with the fundraising extended through Dec. 31 might just reach our goal of over a half-million Philippine pesos. The first released funds are already donated to UFCO’s media partner ABS-CBN Japan to fund goods for purchase in the Philippines (Sagip Kapamilya,) UFCO’s recovery building project beneficiary (Gawad Kalinga) and a gesture of charity was shared to Caritas Manila as a spiritual tribute for the victims and survivors.

Over 230 participants contributed at the Charity Walk. UFCO various committees embodied a dedicated and hard working crew of 100 under the coordinator Miko Liggayu.

Participant and the longest living Filipino in Okinawa, the Emeritus Dr. Alfonso Alarcon, now 92 yours young, attended and declared the Nov. 30 event as the best sight he’s ever witnessed in his days living on Okinawa, Japan for over 70 years. Unity was the key ingredient in making the endeavor a success under the “Bayanihan” (spirit of communal unity, “Kapit Bisig” (linking arms), and Abot-Tanaw (vision).