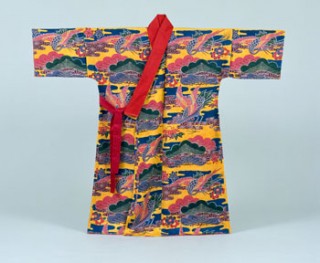 Okinawa traditional clothing of the Ryukyu Kingdom era is now on display at the Naha City Museum of History.

The exhibition focuses on traditional clothing with Japanese Symbols, some of which are very different from the 20th century traditional garb.  The exhibition is open daily except Thursdays through Feb. 5th at the Naha City Museum of History from 10 a.m. ~ 7 p.m.  Admission is ¥300 for adults, ¥200 for high school and college students, and ¥100 for elementary students and younger.

The clothes on display are made by the Okinawa traditional method of dyeing, bingata with decorations