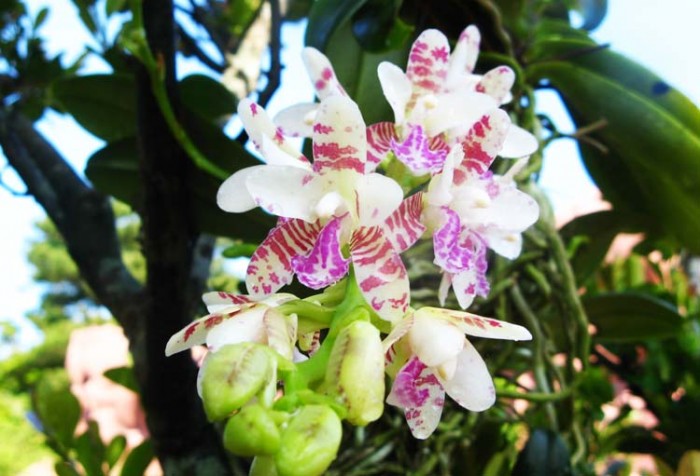 Most of the orchid varieties on display grow wild in the jungles of Okinawa although very few people ever see them.

Neo Park Okinawa is the venue for Summer Calanthe,  an orchid of the wildness now in bloom through September. Location map: http://goo.gl/maps/XQLS7.  The free exhibition runs through May 7th. 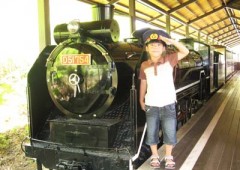 “Keibin” railway is one of Neo Park visitor favorites.

Calanthe are growing wild in Okinawan forests but much easier to see and admire at the Neo Park Nago exhibition running through July 15.

There are southern type Tsuru orchid, Onaga calanthe, and Ryukyu calanthe which grow wild in the broad-leaved evergreen forest of the Ryukyu islands that are on display at Neo Okinawa Park. The flowers grow a bundle of flower buds 40 to 80 cm in length, and the flowers start to bloom from the tip. The flower is known for its rich shade of colors, including red, purple, pink, and 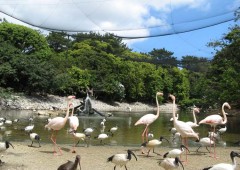 Birds in Neopark live in nature-like large giant cage where they can fly around at will.

white, and the flowers are in a full glory over a long period of time lasting up to two months.

Neo Park Okinawa is an animals-and-plants park located in the northern part of Nago City. In a vast cage inside the garden, birds are bred by pasturage. The scene, in which various kinds of birds fly about freely inside of the cage makes one feel like opening a subtropical climate container.

The Okinawa “Keibin” railway, which runs on tracks around the garden offering the driver’s description of various spots, is popular among visitors. 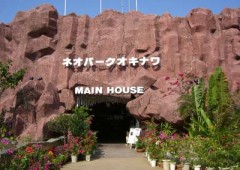 Neopark entrance is made to resemble entering a cave.

In Neo Park Okinawa, the summer calanthe exhibition allows visitors to admire the flowers, which bloom all over. The plant sale store will be also prepared in the hall.  There will also be a free cultivation school held at 11:00 a.m. and 2 p.m. on July 7, 13, 14, and 15, where visitors can acquire knowledge about cultivation (in japanese only).