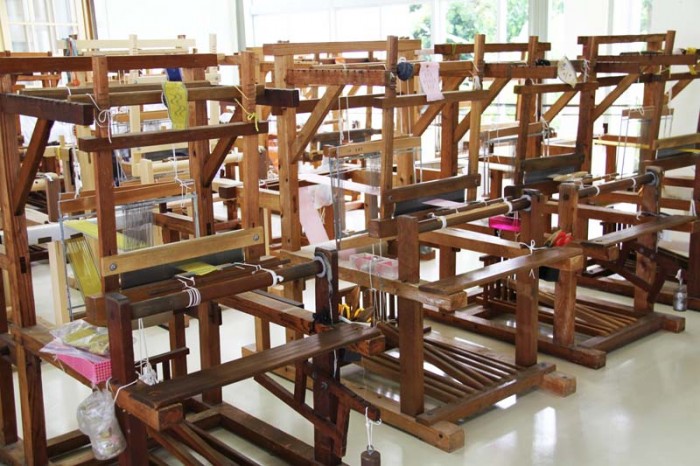 All kasuri are hand woven in looms. 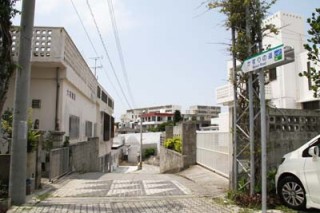 Kasuri has its namesake road in Haebaru.

The biggest distinctive feature of this textile is the number of patterns. The patterns are designs, which depict everyday life and tools. In the variety are patterns such as “Udun (royal housing)” and “Gusuku (castle)” which only royal family and descendants of samurais were allowed to wear. The typical patterns worn by the common people were those of “Tuigua (birds)” and “Hana-a-shi (flower patterns)”.

At the Ryukyu Kasuri Hall, textile artisans promote activities to continue this tradition, and products are also offered for purchase. For sale items include Kariyushi wear, handbags and neckties. Visitors can also try their own hand at Ryukyu Kasuri weaving in the hall to make their own coasters. 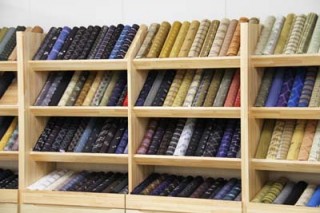 Kasuri is a kind of patterned fabric that was brought to the Japanese mainland from Okinawa. One can see some patterns of Ryukyu Kasuri in Ukiyoe prints dating back to the 19th Century. The materials and designs of the costumes of the subtropical Ryukyus allow air to pass through and absorb sunlight making them very comfortable to wear.

Many patterns of Ryukyu Kasuri are based on nature and life. The name of each pattern has its own meaning. Ryukyu Kasuri is often the costume used in Ryukyu dance, Another common use in mourning wear. Ryukyu Kasuri can be considered as an ornamental culture deeply connected to life, which uses aesthetic qualities born in the subtropical climate of the Ryukyus.