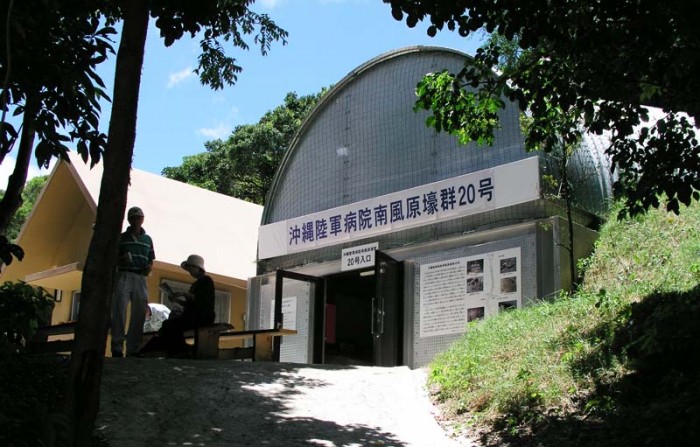 The entrance to to the WWII Imperial Army Field Hospital in Haebaru.

A Japanese Imperial Army hospital on Okinawa during World War II remains, serving as a reminder of “the disastrous experience of war.”

The hospital is maintained by Haebaru Town, as part of the town’s cultural assets.  It conducts tours of the old facility daily except Wednesdays from 9 a.m. ~ 5 p.m., and is also closed December 29th ~ January 3rd.  Admission is ¥300 for adults, ¥200 for high school students, and ¥100 for junior high school and elementary school students. 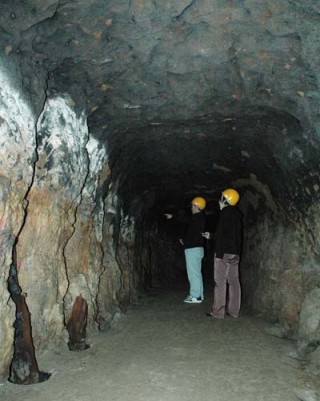 One can only imagine the circumstances in the cave during the battle of Okinawa.

In May 1944, the Kumamoto Prefecture Army Hospital was established to serve the needs of the 32nd force of the Japanese Imperial Army. In June, it was also active in Naha City but in September 10th of the same year, an air raid by the U.S. military hit the hospital and the facility was destroyed. The hospital was transferred to the Haebaru National School building.

The bombardment of Okinawa by the U.S. military began the end of March of 1945, and army hospitals were made within each bomb shelter. There were some 350 doctors, nurses and medical orderlies, plus 222 female students brought with 18 teachers to help out as nurses.

After the U.S. military came ashore of Okinawa on April 1st, with the increasing amount of patients, three departments were newly made for surgery, internal department and infectious illness. In May when the commander decided to withdraw, the army hospital was also ordered to be evacuated. When this decision was made, the most critical patients were forced to commit suicide by potassium cyanide.

The army hospital is located at http://goo.gl/maps/x41xC