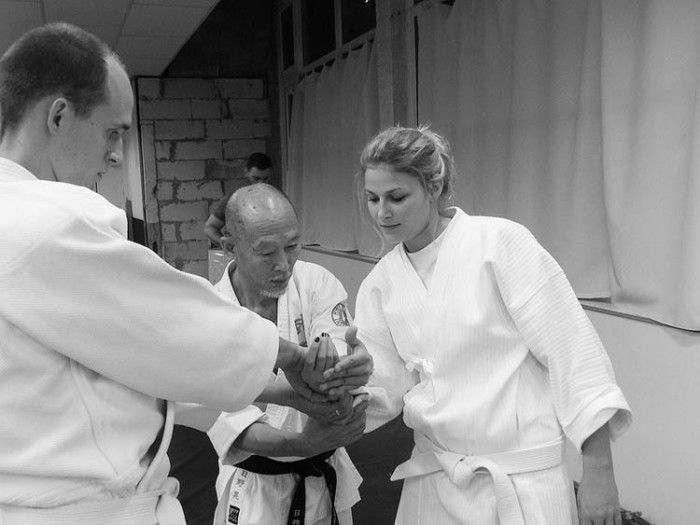 Hino’s methods are useful in martial arts, although he started in gymnastics.

Akira Hino can best be described as a specialist, studying Japanese traditional Budo, then carrying it a step further with the “Hino Method” to zero in on controlling the body’s consciousness and reflexes. 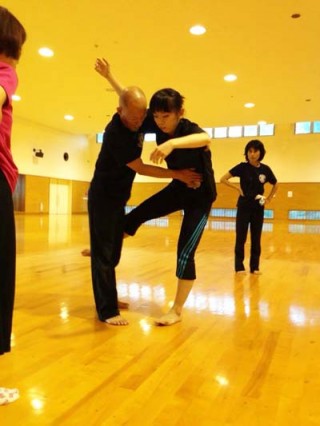 He’s in Okinawa July 25th ~ 27th, teaching his martial arts methods at Kitanakagusuku Ayakari no Mori,(Map https://goo.gl/maps/gg9yg). The fee is ¥3,000 per class, with three courses being taught.  His workshops are Physical Juku, which focuses on sternal control, control of the body as a whole, and to feel easy moves of the body.  The second course is Expressive Juku, which focuses on how one sees one’s self, how a person is seen by others, and how to bridge the span between the two perspectives.  The third is Connection Juku, which focuses on giving a new perspective to your body by moving as told, instead of as wished.  Each of the three courses is two hours long.

Akira Hino was born in Osaka, starting gymnastics in junior high school and was selected as one of the Tokyo Olympic qualifiers for intense training. From the late 60s, he was a free professional jazz drummer and has performed with first class musicians as Yosuke Yamashita, Akira Sakita, Kaoru Abe and others.

He studied the Japanese traditional Budo, when he found the “Hino Method”. This method is based on controlling consciousness and using all of the body’s reflexes, which are unconscious movements and feel connection with other people. He holds workshops of dance and budo within Japan and other countries, including in France, Germany, the Netherlands, Switzerland, Italy and Finland.