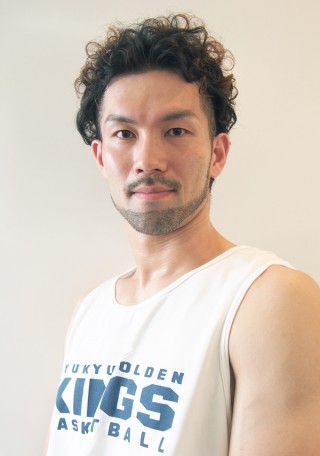 Hiromasa Omiya is a seven-year basketball professional, but he’s launching a somewhat new career this fall as a member of the Ryukyu Golden Kings.

He comes to Okinawa from a year with the Kumamoto Volters of the National Basketball League in Japan. Before that he spent two seasons with the Aisin Sea Horse, from 2008-2011 with the Link Toguchi Brex, and his rookie year 2007-2008 with the Mitsubish Denki Diamond Dolphins.  The 197cm / 92kg Omiya on defense understand a coach’s tactics and strategy, and has precise team rotation.  On office, he has the ability to match movements with Okinawa’s starters.

“When I first heard of going to join the Kings, my first instinct was to join without thinking it twice,” says Omiya, “and at the payoffs I was able to watch the Kings in action and was impressed not only with their play, but also with their fans and that made me want to be “one of the Kings”.

The Ibaraki Prefecture native describes the Golden Kings as “the winning team of last year, which may be putting some pressure on, but as well I am experiencing an extremely fresh feeling to be here in Okinawa.”

He says that “Although I have almost no acquaintances here and it is an unknown land, I will do all in my power to do my best for our team.”