Yonabaru Tug-of-War has its roots in Ryukyu Kingdom 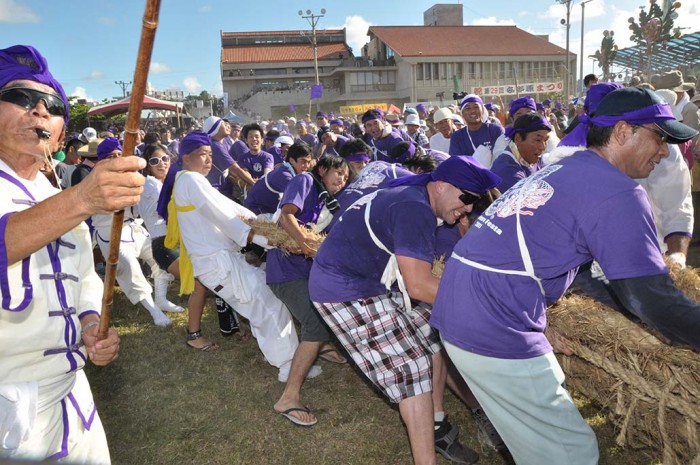 Yonabaru Tug-of-War, one of the three big tug-of-war events on Okinawa, takes place starting at 5 p.m. Sunday, and is the culmination of the annual Yonabaru Festival on Saturday and Sunday. 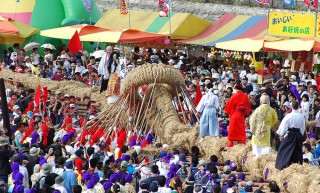 The Tug-of-War takes place after a parade starting at 5 p.m.

The history of Yonabaru Tug-of-War goes back over 400 years to the days of the Ryukyu Kingdom. It’s original purpose was to pray for all diseases and harmful bugs disappear from the crops and result in a plentiful harvest. People also believed that the event protected them from strange illnesses and ensured the prosperity of descendants.

On the first day of the event the opening ceremony will be held at 3 p.m. After the ceremony, there will be performances of eisa and lion dance by children, followed by Hawaiian hula dances, zumba, and more. Bands NOR, SS Company will have special live performances, and Mayumi Yamakawa & Shima Uta Girl Ten all-girl group closes the first day. 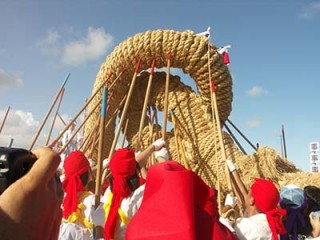 The pulling starts as soon as the halves are joined.

The second day starts early at 9 a.m. with the children’s tug-of-war that is over by noon. The highlight of the festival, the great tug-of-war starts at 4 p.m. with a parade, and the actual pulling begins at 5 pm.

Ai Banjo live performance is on stage, followed by an okarina performance, street dancing, reggae by Simba Spice, and Southern Band Okinawa will belt out the tunes for the grand finale.

There will also be Okinawa sumo tournament from 6 to 8:30 p.m. Both days end with a grand fireworks show.

Parking is available at several places but organizers recommend parking across the street from the main venue on the Yonabaru Elementary School grounds. The main venue is at http://goo.gl/maps/bBJsg Admission to the festival is free.