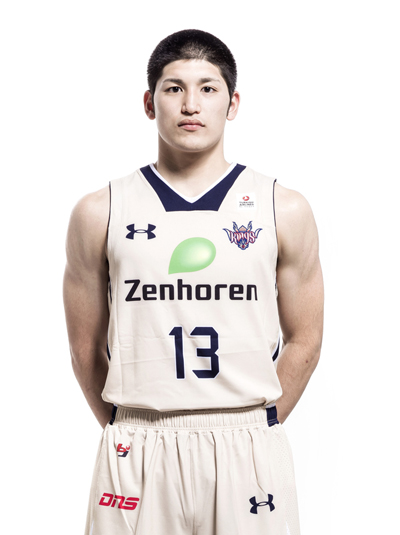 Shota Tsuyama will be-come the first Golden King player to join the team straight from the school bench.

The Ryukyu Golden Kings are not only playing hard for today; the team’s on a new program of building for the future.  Okinawa has inked a pact with Shota Tsuyama, a third-year high school student at the mainland’s Ohori High School.  Tsuyama will be the first Golden Kings player joining the team fresh out of high school.

Tsuyama graduated from Chatan Junior High School, then moved on to Ohori High School in Fukuoka Prefecture.  Ohori HS is affiliated with Fukuoka University. The teenager is180cm tall and weighs 79kg, and has been playing the guard position.  As the first player to sign a professional contract as part of an early entry system targeting high school students and freshly graduated college students, Tsuyama has played on the first place winning team at the Interscholastic Athletic Meet and the Nagasaki National Athletic Meet last year.

The Chatan native has also been selected as a member of the Japan national team of U-18. By the rules, Tsuyama is able to register on the bench from February 1st and is planning to get on the bench of the game with the Hamamatsu Higashimikawa Phoenix at Naha Gym on Feb. 7th.