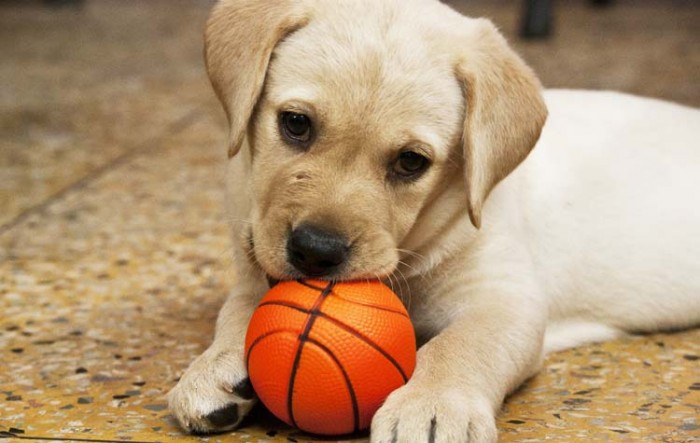 Puppies are cute, but can cause trouble that the new owners should be aware of before purchasing.

Three months have passed since the opening, and we already have had to deal with numerous issues during this fairly short period of time. So today, we would like to share with you some incidents that we think are essential for new pet owners to be aware about.

1. It’s perfectly natural for puppies to cry in the first nights in a new home. One day in October, one new purchaser approached us on the third day from the purchase of a young Labrador, to return the puppy because “he cries and howls in the night and we can’t get to sleep at all.”

Our store staff members are all educated to instruct new purchasers about owning a new puppy and the entailing know-hows, however, some don’t quite listen very carefully as they are enchanted by how cute the puppies are and being only all too happy to bring one home. This purchaser was apparently one of them. The staff member had told the customer that the puppy is going to behave in such a way for the next few days and the psychology behind it, and to hang in there for just a little while until the puppy is given enough time to adapt to the new environment. It seemed as though everything went well, but few days later the same person came back to the store with the puppy to return him because the person just couldn’t take it anymore.

When you begin to own a puppy, you will need to understand that puppies and human children are the same; they would be scared and feel uneasy in the entirely new environment and strangers around them. Though it may vary, even the easier ones take 2 to 3 days, while some take 2 to 3 weeks before they stop crying at night until they begin to feel a little more comfortable in the new home. This is something that new pet owners must be aware of before purchasing a puppy.

The other important thing the pet owners must know is that they must not approach and overly pet the puppy just because he cries and barks. Repeating this process may implant a wrong idea that barking is a convenient method to attract attention. And the crying and barking get worse.

When your puppy cries at night, the best thing to do is to keep him in an area with little visibility of the surroundings, and leave him there. He may cry at first, but eventually he would get tired and fall asleep. The puppy would take shorter time to fall asleep as the days pass by. Perseverance is the key, and it’s something every puppy owner must deal with!

What happened to another young labrador owned by another owner, was after two weeks from purchase, he swallowed a sock. Luckily, the sock was removed by an endoscope and the puppy happily returned home. But he had to visit the vet clinic again one month after the incident for swallowing a glove. Again, he was lucky enough the object was removed by the endoscope.

Very many dogs get carried in to vet clinics for swallowing foreign objects. Don’t be relieved even if your dog appears fine and playful after swallowing something that he should not. Conditions could suddenly change when the object creates an obstruction in the stomach or the intestines, and sometimes it may become life threatening.

Don’t think your dog won’t swallow things you think they won’t. Don’t leave their toys lying around. Offer him toys only when you play with them, or when under your supervision. Socks, pantyhose, eyes and noses of stuffed animals are some of the many things he can swallow. Choose only toys made exclusively for dogs.

You may want to induce them to vomit it out as soon as possible. However it is also important to know when, what, and how much he swallowed, because there are things that should, and should not be vomited out. Fairly small objects may be fine, but sharp edged objects and chemical substances may be risky; vomiting could actually do more harm by passing back through the esophagus. Fairly small objects swallowed not too long ago can be vomited out by forcing salt or saturated saline (saline densely dissolved to a point where no salt can be dissolved any further), or hydrogen peroxide down their throat. For dogs around 10 lbs, force feed a teaspoonful of salt, or 8 – 10 cc of saturated saline, or a teaspoonful of peroxide diluted 1:1 ratio with water. This may work if the object is still in the stomach, however may not if it has already passed into the intestines.

Sometimes a dog may suffocate from an object stuck in the throat. In that case, if the object is still visible and extractable, open the dog’s mouth wide, pull the tongue out, and remove the object. In case of a small dog, the object could be removed by hanging the dog upside down by their back legs, and shaking up and down several times. For a larger dog, lay him on his side, place your palm on his lower chest area, and give a solid push upwards. If in case of an edible object, it may be safer and effective by actually pushing it in rather than attempting to vomit it out.

In any event, inappropriate procedure may lead to risking your dog’s life. The best thing to do is to contact a vet clinic as soon as possible and seek instructions from a veterinarian before actually performing these procedures.