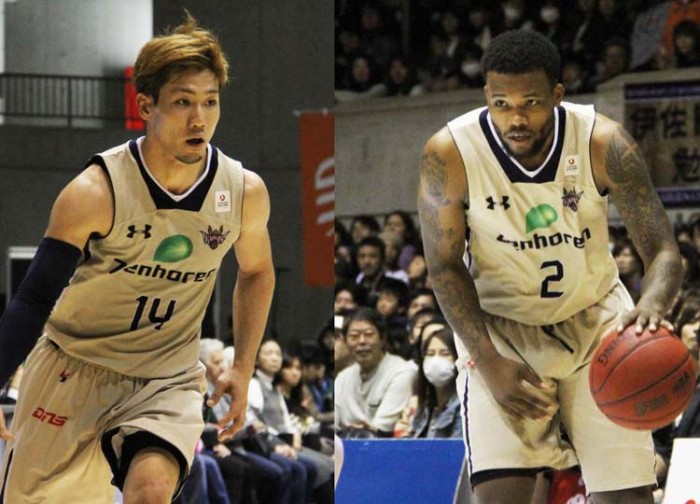 Two of Okinawa’s Golden Kings basketball stars were a hefty influence over the weekend as the Western Conference upended the east in the annual TK Basketball Japan League All-Star Game.

Draelon Burns of the Golden Kings poured in 18 points, while adding ten rebounds and four assists as the West zipped to a 105-94 win Sunday at Maebashi, Gunma Prefecture.  Burns’ performance was second only to Terrance Woodbury of the Shiga Lakestars, who hauled in 21 points.

The West was never really challenged by the East, and pushed the envelope in the fourth quarter with 35 points.  Another Golden Kings player, Ryuichi Kishimoto, tallied 16 points in the victory, while Reggie Warrant of the Kyoto Hannaryz had nine points and a dozen rebounds, and Osaka Evessa ace Shunki Hatakeyama contributed five steals and four assists.

The West was hot from the field, firing 61.7% on 29-of-47 shots.  On the East side, Scootie Randall of the Iwate Big Bulls was the game’s high scorer with 24 points and nine rebounds, also earning the Most Impressive Player award. Kejuan Johnson of the Sendai 89ers was second with 15 points and Richard Roby of the Akita Northern Happinets scored 12.  Akita teammate Shigehiro Taguchi picked up 10 andYuichi Ikeda of the Niigata Albirex BB had nine.

This was the ninth All-Star game, with the West now holding a 5-4 series lead.  The fist All-Star Game was played in Ginowan in January 2007.