Exhibition of iconic Sazae-san at Ryubo 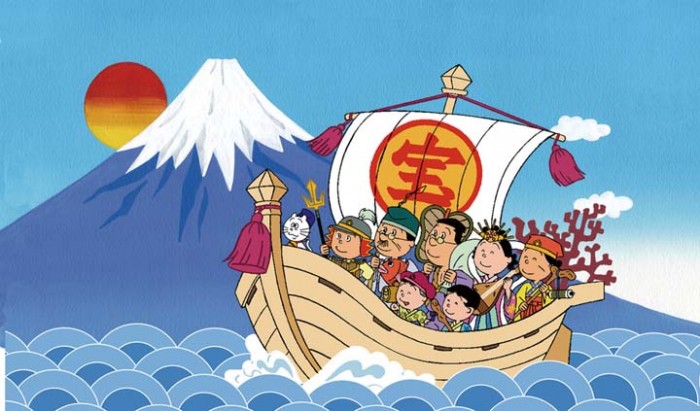 Sazae-san is the most iconic of Japanese cartoons and one that is in the Guinness Book as the longest running animated TV series in the world.

Sazae-san was originally the female housewife main character of a Japanese comic strip created by Machiko Hasegawa in 1946. It was originally published in Fukunichi Shimbun, a local paper in Kyushu and from 1949 in Asahi Shinbun in Tokyo. The comic was published daily until Hasegawa retired in 1974.

Later the comic was adapted to television starting 1969, and new episodes are created to this day earning it the Guinness World Record for the longest running animated television series in the world. 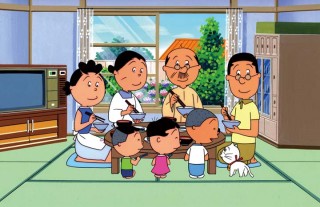 Sazae-san and her immediate family.

Practically everyone who has grown up Japan has watched the anime one time or another.  Both the comic trip and anime TV show is a story of Sazae-san and her family in typical contemporary situations. In modern-day eyes all of the characters are bit of goofy but the anime has preserved its popularity evoking nostalgia for traditional Japanese society and everyday life in simpler times of the past.

Every character is unique in the anime, and people often describe themselves or other people in real life as a character in the anime like, ‘you are like Sazae-san’ or ‘he is Masuo-san’ (Sazae-san‘s husband who is a son-in-law taken into her family).

The Ryubo exhibition is organized in commemoration of the 45th anniversary of the TV show that started in 1969. The event showcases and introduces the history and untold stories of ‘Sazae-san’, and visitors can see the full version of the first story of the TV show, and more.  Of course, there are the 45th anniversary limited goods for sale, and for truly big fans of Sazae-san, there are precious celluloid pictures for purchase.

Part of the sales of the event will be donated to the Prefectural Fishery Cooperatives of Iwate, Miyagi and Fukushima that suffered huge damage in the Great East Japan Earthquake.

The Sazae-san Exhibition runs through Jun. 15th on the 6th floor event space of Ryubo Department Store at 1-1-1, Kumoji, Naha City. The exhibition is open daily 10:00~20:30 with the last entry on the last day of the event at 16:30. Tickets are available at door costing ¥800 for college students and older persons, ¥400 for elementary, junior and high school students. Children under elementary school age enter free.