Yuka Takara is enjoying a remarkable career in films, music and on Broadway.

Yuka Takara is a Broadway dancer, singer and actress in New York who was born and raised in Naha, Okinawa, and ended up on Broadway after taking dancing and ballet school in Naha at a young age through school years, then moving to college in Virginia and getting an opportunity to perform at a pre-Broadway show ‘Flower Drum Song’ in 2000.

Throughout her career on Broadway, Takara has maintained ties to her native Okinawa returning from time to time to perform here, including with such local top musicians as Begin and Mongol800, and in charity concerts. She has also released a number of recordings here.

Now she’s back in Okinawa for the first time in a year and five months for a solo performance.  In the meantime while working in the U.S. she had an experience of becoming a mother and has become increasingly attractive as an artist.

Information and news on Takara in English is on her official website at http://www.yukatakara.com/biography.html 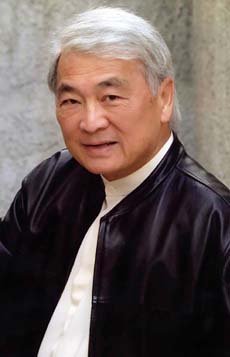 Takara is scheduled to perform at Ginoza Culture Center Garaman Hall this Saturday, when she will perform a program titled “Still Dreaming.” Alvin Ing will join her on stage as a guest.

Tickets are sold at FamilyMart e-plus, or by phone at Garaman Hall at 098-983-2613, or e-mail ticket@ginoza-bunka.jp  Advance tickets are available up to midnight Friday, June 5th.