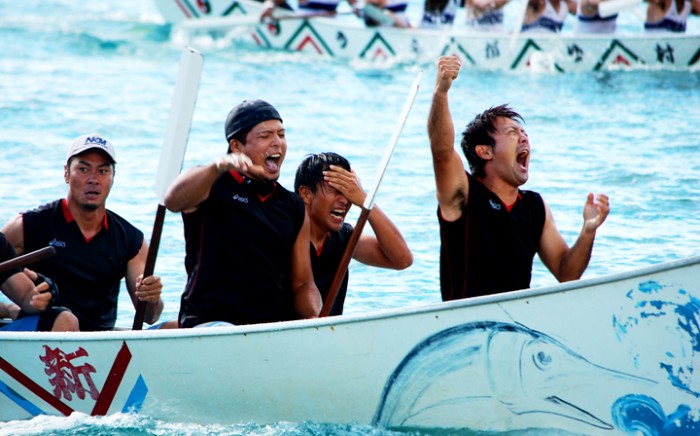 120 teams take part in the Haarii races to determine who has the stamina and skills to be the Dragon Boat Champion this year.

Through its history Itoman City has been known as a city of fishermen and seafarers, and the traditions are well represented in the largest festival of the year in Itoman that is actually a combination of three events; the Itoman Festival, Fishery Festival and Dragon Boat Festival (Haryusen Festival). 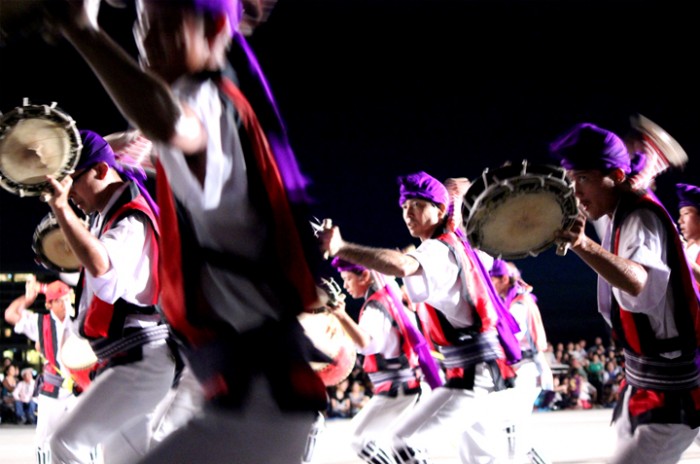 Eisa performed by local youth groups is an essential part of any Okinawan summer festival, and Itoman Festival is no exception.

The event offers plenty of amusement and fun, including bare-hand fish catching and tuna cutting show in the Fishery Festival part, and traditional performing arts and Eisa in the Furusato Festival. Other entertainment includes a Hawaiian Hula show and a street dance performance.

Okinawa Dragon Boat Festival is scheduled to take place on Sunday, Aug. 16th. More than 120 teams have entered the race and the number one on the island will be decided in the final race of the day. Ladies match race in addition to men’s races will be one of the highlights of the event. 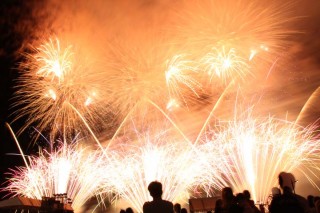 Fireworks end the festival on both days.

Unlike the large boats used in Naha Haarii in May, boats in Itoman races are smaller with crews of about dozen. The crew also has to turn the boat upside down during the race, then climb onboard again and bail the water out before finishing the race.

Fireworks will be launched starting at 9 p.m. on both days of the festival with a total of 1,000 fireworks closing the event on Sunday.