Weed has long history in Japan but now best avoided

Although I am not an advocate or user of cannabis, especially since living in Japan for the past 10 years, I was quite intrigued with Japan’s history of marijuana laws and how they have developed over the centuries. 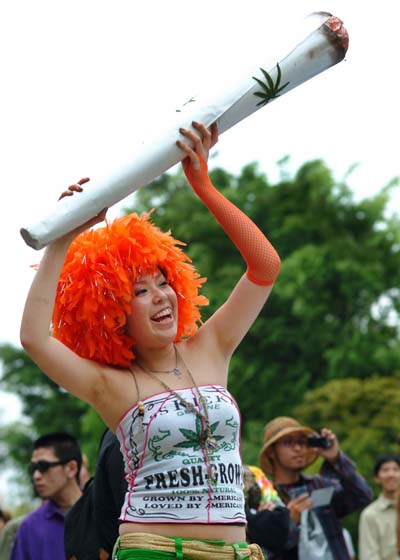 The best advice one can follow regarding weed in Japan is to stay away.

The Japanese government and general public are extremely serious about any kind of drug use or abuse. Socially, the Japanese consider illicit drug use as an invitation to deep-rooted evil and include marijuana as one of these evil drugs. The society as a whole becomes very upset and alarmed when it is discovered that someone has been caught with marijuana in his or her possession. In light of this fact, attempting to solicit any ounce of sympathy from Japanese society when marijuana related issues are involved is a practice in futility.

Under the Cannabis Control Law in Japan, being caught with even a small amount of marijuana can get you a five year prison sentence with a chunk of hard labor thrown in for good measure. If you are lucky and this is your first offense, the government has been known to be a bit more lenient, and have even been known to lower a sentence to 6 months in rare cases. Foreigners are most likely to be deported from the country along with the delivery of a firm message that they will never ever be welcomed back to Japan again. That’s why Paul McCartney, who had been known to dabble with the drug, rarely has returned to Japan after a marijuana related incident that occurred during a short visit to Japan in January 1980 that sent him directly to a Japanese slammer.

The Japanese Cannabis Laws have often been referred to as ‘draconian’ but in my opinion, they are quite lenient compared to cannabis laws in other parts of Asia. Some of our Asian neighbors such as China, Malaysia or Indonesia do have draconian cannabis laws when compared to many western countries. In Malaysia, you can be sentenced to 5 years for possession of cannabis and even executed for trafficking large amounts. 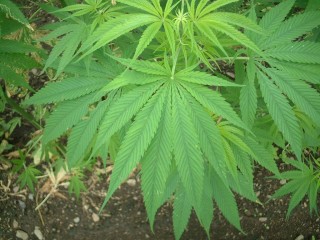 Marijuana plant is easy to recognize.

In several Asian countries one can end up with a lengthy jail sentence and/or multiple lashings for planting cannabis seeds, life sentence in prison or even death by firing squad if caught with various amounts of the plant or related paraphernalia. Saying that Japan and other Asian countries take cannabis laws very seriously here is probably the biggest understatement of the day.

Up until 1948, cannabis was actually legal in Japan. Using historical hemp-woven materials as evidence, it has been found that cannabis had been grown as far back as 10,000 years ago. Not only was cannabis used for its fibers, but also for Ninja training. The long cannabis sativa plants made for perfect plants to practice jumping over. 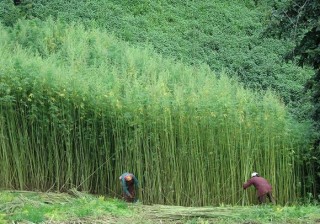 Hemp used to be cultivated as an important material for ropes and other industrial purposes as its fibers are exceptionally strong.

Traditionally, the leaves were historically given as small offerings along the roadside shrines to ensure safe journeys to travelers passing by, and families would even leave bundled cannabis at their doorways and burn them slowly to welcome back the spirits of the dead.

One question that has plagued me while sifting through information about the history of cannabis in Japan was whether or not it had solely been used for the strength of its fiber. I am curious whether marijuana had ever been smoked or ingested; enjoyed as a recreational drug or for its’ medicinal properties? In the West, the question about regulation of the drug has again reared its head and this time it is not just about recreation but rather about the important medicinal properties it holds that seem to outweigh the presence of any negative side effects.   Through my own research I was not able to find any mention of these practices but from my speculation, it surely had been smoked or ingested for both recreational and medicinal purposes.

China has a longstanding history, in which cannabis was used in traditional Chinese medicine to relieve pain and insomnia. Surely, there was a lower potency of the THC in the ‘marijuana of old,’ a lack of the political stigma and nonexistent counter culture popularity of marijuana that has grown into the ‘media mecca’ that it is today.

Following the countries defeat in 1945, the US authorities occupying Japan brought with them the strict American attitudes toward cannabis use and consumption. This was the attitude that marijuana use was an ‘invitation to deep-rooted evil.’ Washington had outlawed cannabis in 1937 and moved to ban it in Japan by passing the Cannabis Control Act, which is the law that remains the basis of anti-cannabis policy in Japan today.

It will be interesting to witness how Japan and the rest of the world adapt their marijuana laws as the super power of the United States has begun to experiment with decriminalization of the drug in selected states.

Currently, Japanese citizens are without the medicinal benefits of marijuana. Any medical research of the benefits of the cannabis plant must be conducted outside of Japan. We cannot determine exactly how long it will take for our laws to adapt to new scientific findings but hopefully, those incarcerated under these regulations will live to see the plant that landed them in jail, become decriminalized. At that point, we will be able to reflect upon our current laws and clearly see the follies of mankind over a plant.