Alcohol is one of the sneakiest, slipperiest slopes of addictions that has ever crept up on me. It is with a sigh of relief that I can honestly say I was able to shake this habit before it became a serious problem. 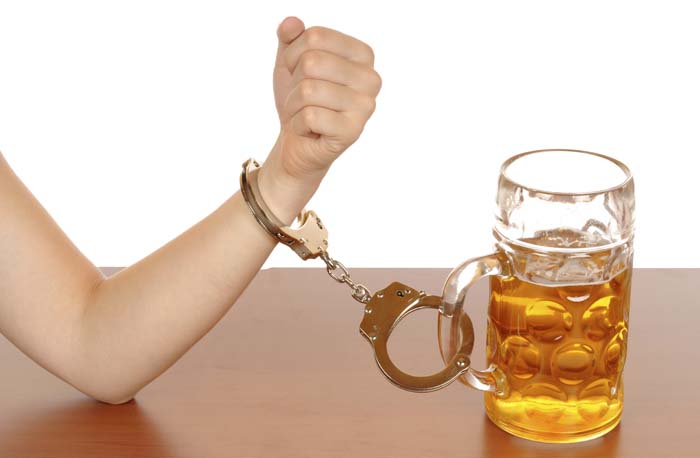 A ritual of daily beer can quickly become a shackle.

Like most men in the 30s, my idea of the perfect ending to the day, was an ice-cold beer. When the whistle blew and work was done, nothing quenched a thirst like a cold brew. To me, it was a well-earned tip-of-the-hat to another day of hard work completed. As a competent home brewer, I fancied myself to be something of a connoisseur of the expansive variety of pricey craft beers and would look forward to my daily indulgence like a smoker does to a cigarette at break time. After a few years, it became quite evident that my innocent daily indulgence had evolved into more than just a craving to crack open a series of cold ones after a hard day’s work.

My goal here is not to demonize alcohol consumption or preach about how we all should abstain from the ‘devil water’ but rather to present a careful warning of the importance of being aware of your own alcohol consumption habits as a part of maintaining a healthy and balanced life. 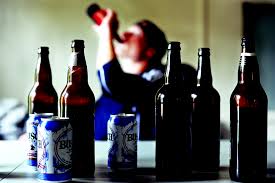 There are many symptoms of alcoholism and alcohol abuse such as drinking alone, hiding how much you are consuming from loved ones or developing a ritual and becoming irritated and annoyed when these rituals are disturbed or commented on. Personally, the biggest indication that I was developing a problem was when I started to drop beloved hobbies and activities that I had always looked forward to participating in.

Two of the activities that took the brunt of my blossoming beer drinking habit, were skateboarding and surfing. It can be nearly impossible to wake up at the crack of dawn to catch the surf after an evening of beer consumption. A trip to the skatepark after work versus drinking beer was a battle in which beer drinking began to develop a monopoly. Daily beer drinkers tend to develop a form of bravado machismo to justify their actions and disguise their weakness of dependency. The truth is that type of thinking is purely delusional and brought about by a problem that is captivating the individual who is consuming alcohol on a more than regular basis.

Massive media campaigns attempt to entice us with images of ‘real men’ drinking beer but if you were to ask my wife how much energy that ‘real men’ style of beer drinking sapped from our bedroom activity, you would quickly learn that daily drinking definitely does not bring the bravado to the bedroom. Actually, alcohol has a dramatically negative effect on one’s ability to perform physical activities in and out of the bedroom. Alcohol tends to inflate a drinkers’ confidence and affect our capacity to recall how events had actually unfolded. It is only when our faculty to recall tales of the good times or our yarns about exaggerated heroism and successes blur and our stories backfire, that we realize the drink has begun to restrict our ability to be the ‘real men’ that we have the potential to be.

An individual with an alcohol problem is always having problems; problems with work, with money, with the law and with relationships. It is no coincidence that the problems in a persons’ life become amplified with increased alcohol consumption. A sober person is capable of managing problems in a much healthier and logical sense than a person whose logic has been muddled by too much alcohol consumption. To an alcoholic, problems are often metaphorically solved by ‘approaching with clenched fists a swinging.’ Problems are attacked head on with a whole lot of machismo talk and not much action to back it up. Inevitably, these problems begin to snowball out of control to a point at which a person with a drinking problem will often respond by drinking even more to escape the reality of not being able to actually solve these problems.

My personal tipping point towards rehabilitation from my world of habitual beer drinking happened when involved in a conversation with a health and fitness enthusiast. He explained how I could lose the extra weight that I had gained from my sedentary beer drinking lifestyle by cutting out the beer. He explained that drinking beer is similar to drinking liquid cement. Beer is packed with empty calories and literally, weighs you down. He explained that just two tall cans of beer could destroy all of the calorie burning effects of an evening full of skateboarding and exercise. Finally something had clicked. Once I was able to come to terms with the fact that beer could no longer be a part of my life if I wanted to get back into shape, the alarm bells sounded. It was clearly time to say ‘sayonara’ to booze if I wanted to be anything but a poser in the sports that I was truly passionate about.

There are advocates that believe beer and alcohol should be consumed to maintain good health and they may scoff at the tarnishing reputation I am designating to alcohol. The sober logic of the non or minimal drinkers who have the attention span, willpower and capability to limit their own consumption as well as to read this article through to this last paragraph, will understand the concept of ‘everything in moderation.’ They recognize that dreams and ambitions are earned through hard work and focus.

Those who prefer to drink as an avoidance tactic often find themselves falling behind the pack in a blabber of delusional ranting about their inflated accomplishments. In the midst of this ignorance, these unfortunate folks may become completely oblivious to the fact that they are unraveling with each uttered word and drink drunk amidst a quickly consuming and isolating alcoholic fog. There is no time better than the present to take a reflective look at your own alcohol consumption and those of your loved ones to assure that the only pattern that you, your family and friends are developing is one of moderation and balance in life, love and laughter.