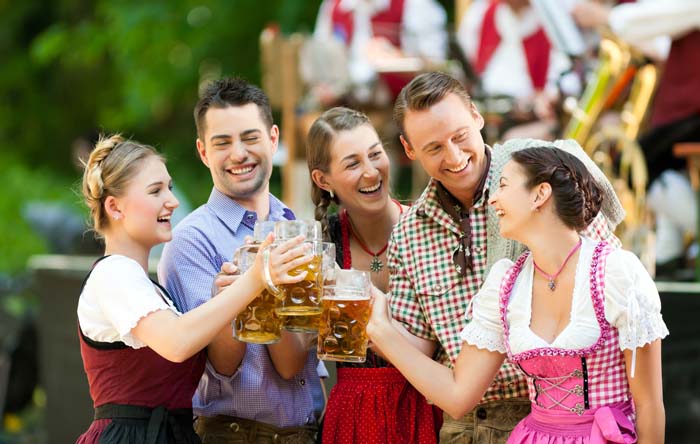 Suds will flow in the best Oktoberfest tradition in Mihama this Sunday.

Oktoberfest, the world’s largest and most famous beer festival, ha s been held every autumn in Munich, Germany, for over 200 years since 1810.

During the two-and-a-half-week run of the festival, about 6.5 million visitors from all over the world come to participate and drink almost 8 million liters of beer. The many beer halls lined with booths are filled every day with thousands of people who dance and sing while drinking beer from large one-liter beer steins called masskrugs.

Although lasting only one Sunday afternoon, Okinawa Octoberfest gets into the same spirit with a wide range of brews from major Japanese breweries to craft beers, imported beers and specialty beers and food to match from well-known restaurants.

The first Okinawa Octoberfest takes place at Chatan Sports Park in Mihama, on Sunday, Oct. 25th, from 11:00 to 18:00. Admission to the event is free. Those wanting to consume their suds from anything other than plastic cups must purchase a beer glass at the event. Glasses and mugs from outside of the event are not allowed. Visitors must be 22 years of age or older to purchase beer.

Over two dozen vendors will be present to provide food ranging from grilled fare to sandwiches, tacos, sweets and more.