At a workshop on preventing veteran suicide I found myself extremely uncomfortable with the idea behind PTSD (Post Traumatic Stress Disorder). But I’m grateful to the presenters because it helped clarify my thoughts about what I consider the real problem. It should be called CRAS (Citizen Reality Avoidance Syndrome, pronounced “crass”). 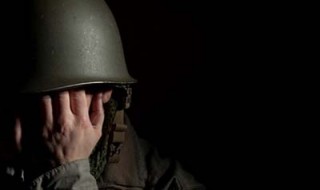 Instead of the usual image of veterans needing to find their way back home, the new image would be of citizens realizing that they have sent their nation’s young people into hell, and it is unrealistic to expect them to come back and return to normal. Instead of asking veterans to do all the work and return themselves to pre-war normal, citizens should be sharing the work by trying to understand veterans’ newly discovered truths.

But instead of veterans being encouraged to describe the reality of war, there are all sorts of well-meaning family members, friends, and not so well-meaning politicians, who want to tell the story for you. Without being aware of it, their intention is not to take the burden off veterans (they can’t); it is to take the burden off themselves. In other words, veterans are asked to come back to a society that is delusional, and their mental health is judged by how well they re-integrate themselves into the delusion. 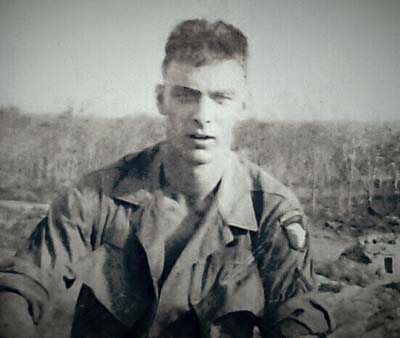 The problem should not be seen as an attempt to return war veterans and survivors of war to a trouble-free, back to normal, unburdened way of thinking. The whole idea of veterans re-adjusting to everyday society seems to be more for the ease of mind of those who sent them than for the veterans themselves. Do you want veterans to spare you the trouble of coming to grips with what you’ve sent them to do?

When my daughter was five years old, we often played tag on the front lawn. Whenever I stopped to catch my breath I’d stare off into the distance. My daughter would say, “Dad, are you mad?”  I’d always say, “No, I’m not mad.” About the tenth time this happened I finally realized that she might need some reassurance. “I’m not mad at you. Is that what you think?” “No”, she said. “What do you think I’m mad about?” “Oh-h-h, the war,” she said.

At five years old my daughter had noticed something that I hadn’t. Every time I stopped for a breather, scenes from Vietnam would start playing in my head. I wasn’t mad, I was sad.

A few months ago, 47 years after returning from Vietnam, I became aware that there is always a film playing in the back of my mind. It is a wide screen surrounded by black. I see a line of children sitting on the ground, crying. Behind them, from the knees down, I see their parents standing there, helpless. They cannot comfort their children. They have nothing to comfort them with. Their countries are being destroyed by war.

It is our job as adults to stop these wars.

This film has been playing in my head for years. When it started the children were Vietnamese. In the 1980s they were children from El Salvador. Lately, they are Afghan children. The faces of the children change, but the film keeps playing.

We need to confront our national spiritual disorder. This disorder tells us that God doesn’t mind if we kill some children, as long as it is for a good cause. It tells us that we always use war as a last resort, then we immediately go to war. The debate, if there is one, is not about how to save lives but about how to take lives more efficiently. The media presents the voice of war, currently represented by Senator John McCain and others, but there is no voice of peace.

I am willing to dig down and tell you every detail of every incident that I took part in or witnessed in Vietnam, if it would help the cause of peace. But I’ve gotten the impression over the years that you, the citizens, don’t want to hear it. I don’t know how many times I’ve been asked what it was like in Vietnam and as I start to form an answer, someone who wasn’t there jumps in and sidesteps the question. “Oh, yes, those were really crazy times.” This happens so often that it should have a name, something like “Citizen Reality Avoidance Syndrome” (CRAS). The reason that people who don’t know war tell combat veterans what war is like is that they don’t want to hear the reality; they need to superimpose their own fantasy over it. That makes it easier to cheerlead or remain silent during the next war. It’s as if they are saying, “Oh sure, we all know war is very bad, so you don’t need to tell us how bad.  We’re all adults here.”

Unfortunately, we are not all adults here.

There are some Americans (maybe a majority) who can recognize the suffering of war without actually being in it. This is called empathy. Empathy may be a prerequisite for maturity, and maturity about war is surely in short supply.

The average veteran is not a poet or a great writer. Thank God for the few who are. But too many books have been written by people who are not troubled by war, or who think that their story is the whole story. People who are not profoundly disturbed by war should not be taken seriously.

To make a long story short, some of us who have been in war can’t stand the casual way that some people advocate for more war. Veterans who are troubled by war are not disordered. We have things in the right order. We have become mature about war, if not about all the other things in life.

The real disorder lies in that part of the population that calls for war and then doesn’t think anymore about it. They don’t take responsibility for what they have done. This is the definition of immaturity.

This week’s guest column was written by Bill Distler from Bellingham, Washington. Bill is a Vietnam veteran and former squad leader in the 101st Airborne Division in Vietnam from December 1967 to September 1968. He is a member of the Jonathan J. Santos Memorial Chapter of Veterans For Peace VFP-111.