Pictures of ‘Spring’ reflect Japanese erotica through the ages 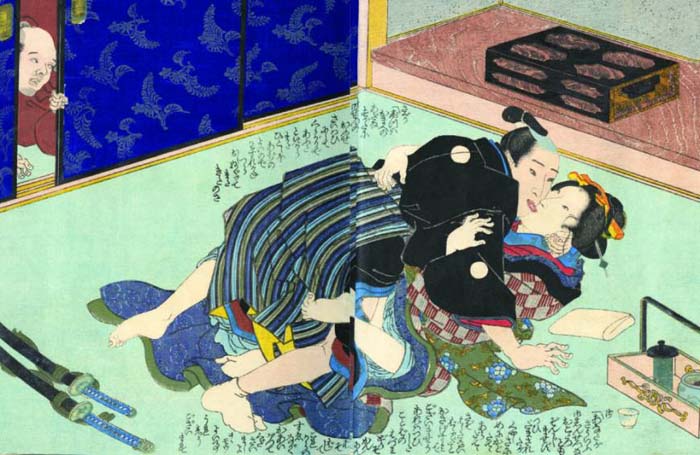 Shunga most often came in the form of woodblock prints that people carried with them as lucky charms in their pockets. 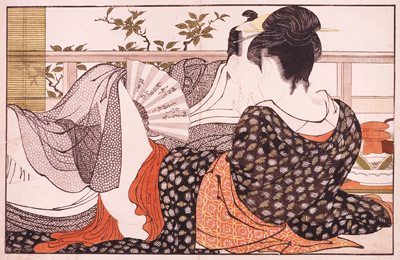 Both men and women of all classes enjoyed the Shunga, which were surrounded by superstition and customs. It was considered a lucky charm against death for a Samurai to carry shunga, or for a merchant to carry it as protection against a fire in his warehouses and home. Literally, it was considered ‘porn in your pocket,’ a good luck charm. Considering that we all now carry smart phones in our pockets, we can deduce that to some degree we are protected and are warding off some sort of evil. It is argued that the ownership of shunga was not superstitious, but libidinous. 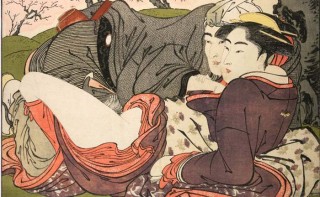 Shunga is experiencing somewhat a renaissance with exhibitions held in art museums throughout the world including in Europe and the U.S.

Shunga couples were often shown in nonrealistic positions with exaggerated genitalia. Explanations for this include increased visibility of the sexually explicit content, artistic interest and psychological impact: that is, the genitalia was interpreted as a ‘second face,’ expressing the primal passions that the everyday person face, and is obligated to conceal. Therefore the heads are placed unnaturally close and in awkward positions.

In my opinion, after perusing through some old Shunga prints on the internet I understand why Shunga was let go, and western-style pornography became popular. But some Shunga fanatics have maintained their obsession for these images depicting simpler times and hold a deep appreciation for the art and history that these often odd compositions are sharing with us. Maybe there is something to be learned from them.