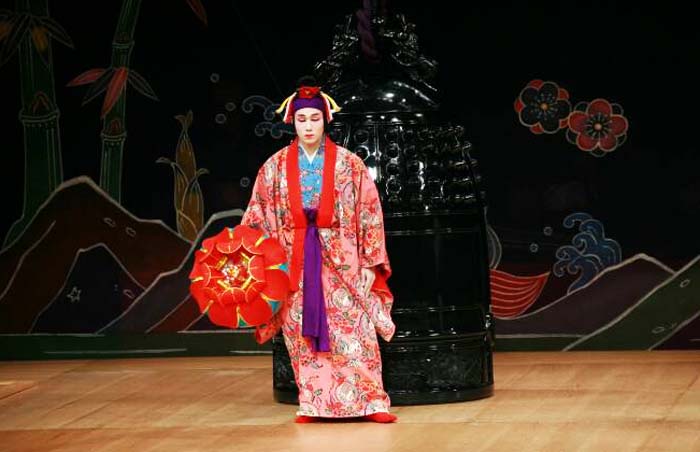 Shigeo Miyagi, a master of Kumiodori who often plays female roles, conducts the Engllish language workshop this Saturday in Naha aiming to take some mystery out of Okinawan Kumiodori.

Mini theater Geien in Oroku, Naha, is a place where independent performers can find a stage to show their talent. 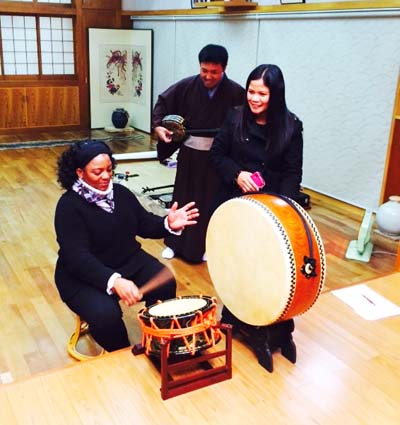 A recent workshop at Geien taught the history of Okinawan instruments.

According to its owners, it was created as a place where front line performing artists and those who are only just up and coming can perform regardless of barriers of styles, traditions or cultural differences, and can be enjoyed by all age groups.

By having this kind of borderless stage, they hope to encourage the artists and the public alike to enjoy and experience different culture from around the world. It gives a place for artists of different genres to interact and that, hopefully, leads to new creativity. Geien was created for this purpose and in hope of sharing Okinawan culture as a part of enriching the lives of all people.

On Feb. 6th, starting at 13:30 Geien is scheduled to conduct an English language Kumiodori workshop that aims to explain the aspects and contents of a kumiodori. The fee to participate in the workshop is ¥500 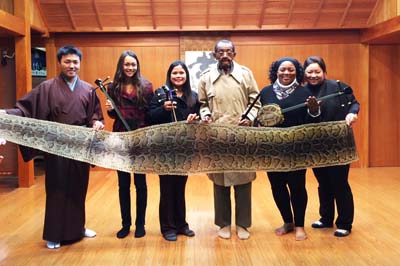 Another recent workshop dealt with sanshin, the music and the instrument.

Okinawan kumiodori was originally created in 1719 in the Ryukyu royal court to provide entertainment for Chinese envoys, who were sent to the kingdom. A Ryukyu courtier named Chokun Tamagusuku took elements from several different types of East Asian performing arts and amalgamated them into what is known as Kumiodori. It is now officially recognized as an Important Intangible Cultural Property.

Often called an Okinawan opera, kumiodori traditionally did not have a set dialogue between the actors. Instead, they improvised following a general outline of the story. At the workshop, participants are invited to experience this traditional Okinawa performance of playing, singing and dancing.

All instruction at the workshop is conducted in English. The teacher is Shigeo Miyagi who performs and teaches Ryukyu Dance and Kumiodori. He also teaches Ryuykyu culture at Okinawa International University.

For inquiries and more information inv English, call Maki at 090-3073-6693 or email at makikoyamauchi311@gmail.com