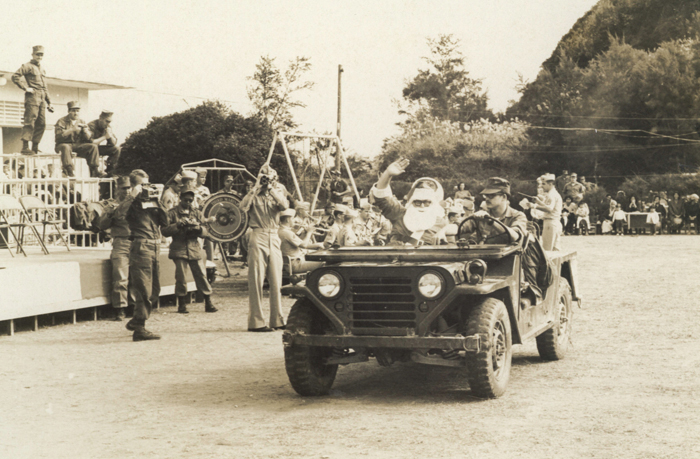 Santa Claus is riding to Hamahiga in the ‘60s. (Photo Hama Community Center)

An interesting event combining photo exhibition and a panel discussion is scheduled to take place Saturday at Koza Music Town. The event aims to explore the mixed culture of the U.S. and Okinawa, and the discussion is conducted both in English and Japanese. 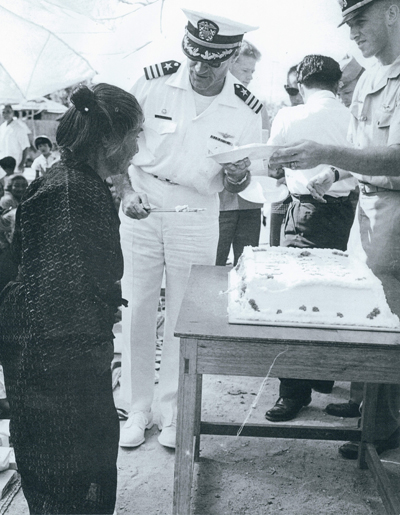 Ready to cut the cake at a friendship event on Ojima in the 60’s. (Photo Oujima Community Center)

The event is designed to allow visitors to experience the way America has influenced the contemporary Okinawan culture based on the shared history after the war when Okinawa was occupied by the U.S. through the reversion in 1972. Videos and photos exhibited at the event will give the visitors a retrospective background and demonstrate how Okinawa has evolved from old to the current.

The event, which is sponsored by the U.S. Consulate General Okinawa, takes place on Saturday, Mar. 12th at the Music Plaza on the first floor of the Music Town. It starts at 18:30 with the doors opening half and hour earlier. Admission to the event is free. NPO Okinawa Eastern Asia Research Center produces the event with the support from Nansei Co., Star Line Co. and Camp Courtney. For more information, email nahapas@state.gov 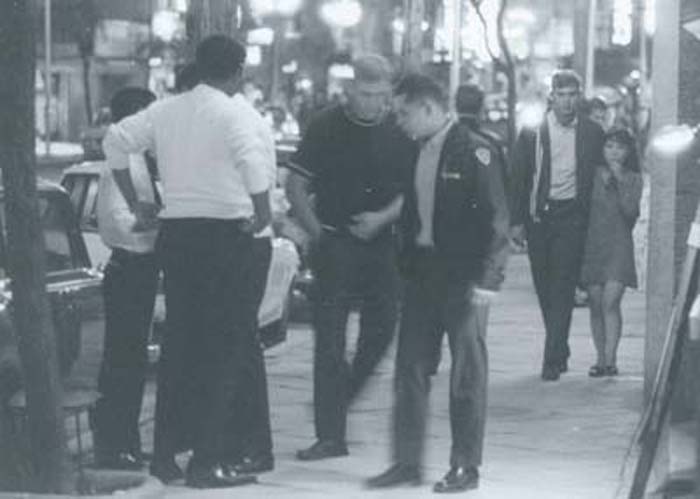 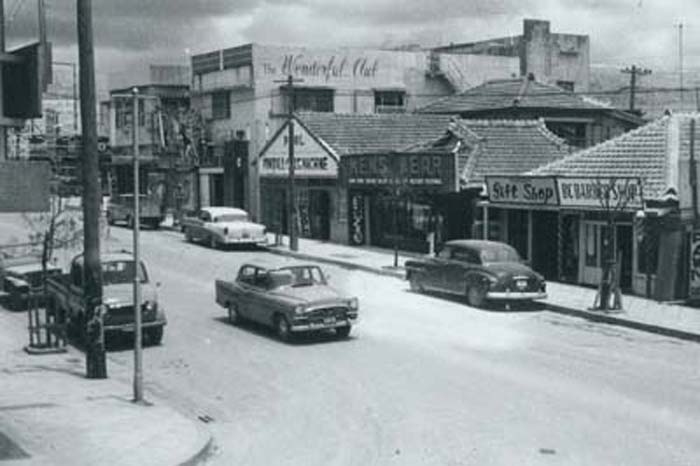 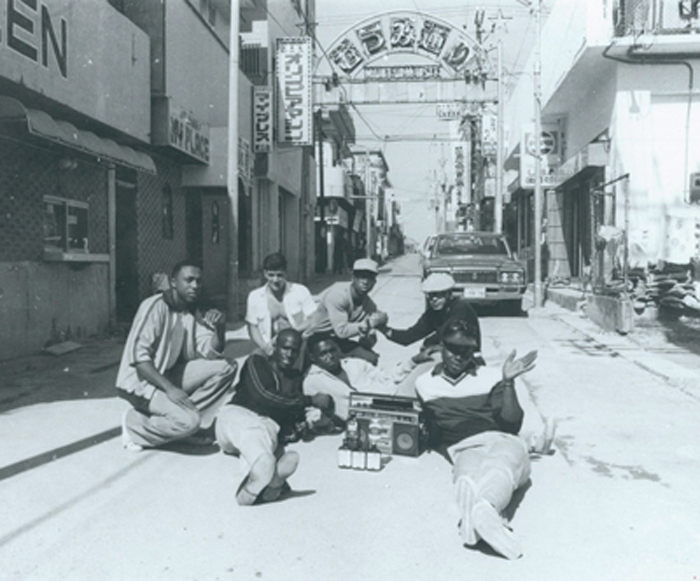 Nakanomachi used to be a popular hangout even in the 1970’s. (Photo Chubu Photo Studio) 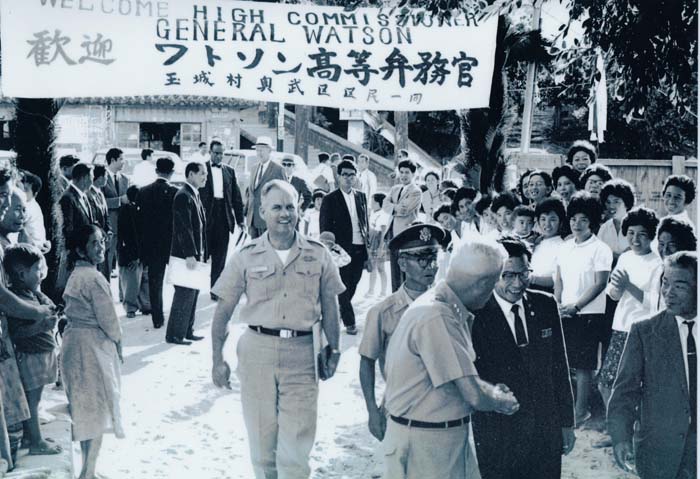 Visit by the high commissioner to Ojima was a big deal in the ‘60s. (Photo Oujima Community Center)