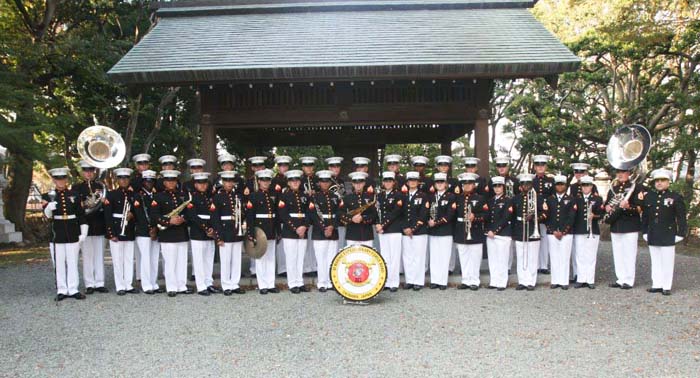 The III MEF Band is very well known for its performances at various parades and festive occasions on Okinawa. The band also performs regular concerts several times a year.

Enlisted Conductor of the III Marine Expeditionary Force Band, GySgt Michael Stanley, sees the Wind Ensemble as the perfect vehicle in which to showcase talent and extend a peaceful gesture of friendhip to the local community.

After a few months providing musical support for missions off-island, the III MEF Band is stepping out into the Okinawan community to perform on May 7th, 2016 at Tedako Hall in Urasoe City. With a concert bill promising an assortment of musical genres, Stanley remarks that, “Our program is exciting as it features something for every musical palate. Unforgettable themes from Bernstein’s “West Side Story” and a symphonic portrait of Shakespeare’s “Othello” are the meat of the program. However, lighter selections from George Gershwin and Sammy Nestico, which feature two fine soloists, provide a great balance. We also feature a composition by British composer Philip Sparke that memorializes the 2011 earthquake and tsunami that struck mainland Japan. It’s a gorgeous tribute to the people of Japan. Of course, we’ll have a couple of standard military marches as well.”

“The reason the Wind Ensemble, traditionally known as a concert band, is such a great medium for band performance is because of it’s tremendous versatility,” says Stanley. Commenting on the diplomatic mission of military bands, Stanley explains, “We have a responsibility to provide an element of community relations and public affairs support. On an island that has limited options for listening to live symphonic music, we are able to make this an experience not just for service members and families, but for our Japanese hosts as well.”

Admission to the May 7th concert is free, with tickets available for pickup at Tedako Hall and the III MEF Band Hall, located on Camp Foster. For audiences abroad, a live broadcast of the performance will be offered on the band’s YouTube Channel, IIIMEFBand.