Kin Town is the birthplace of Okinawa taco rice 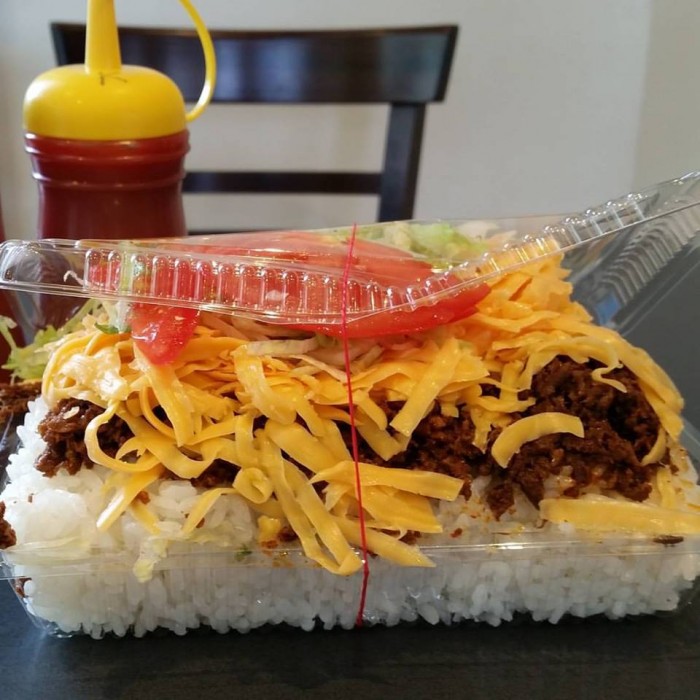 Kin Town has the distinction of being the place where popular lunch dish taco rice was originally created back in the ’60. Over the years, has since spread to mainland Japan, and become a staple lunch dish in many cafés and eateries. Such is its fame that visitors from elsewhere in Japan often head for Kin to have a taste of a genuine taco rice meal.

The man who is credited for creating taco rice was Matsuzo Gibo, the original owner of Parlor Senri in Kin. It was one of the longest established and best known eateries in Kin Town until it finally closed in 2015 when Gibo died.

Gibo got the idea for taco rice from his American military customers from nearby Camp Hansen who often ordered Mexican-style tacos. Noticing that young servicemen were always hungry but did not have much money, he thought of increasing the volume of his portions by serving taco ingredients with rice. He was thus able to provide them a good volume meal for reasonable price, and as they say, the rest is history.

His taco rice went to become a smash hit from the start, and soon other restaurants in the neighborhood started to serve it. There is now a map in the Active Park in the central Shinkaichi district of Kin showing locations of restaurants serving taco rice, from which visitors to Kin can pick their favorite taco rice joints easily.

In 2010, Kin Town decided to get into the Guinness Book of World Records for making the largest taco rice in the world. Crowds of participants from Kin town and elsewhere gathered for the new record effort, and the result was 746 kg of taco rice that was enough to feed 2,000 people. The effort was a success and Kin Town got its name in the record books.

So, anyone visiting or living on Okinawa should at least once take a trip to Kin Town for a taste of genuine taco rice in its birthplace!