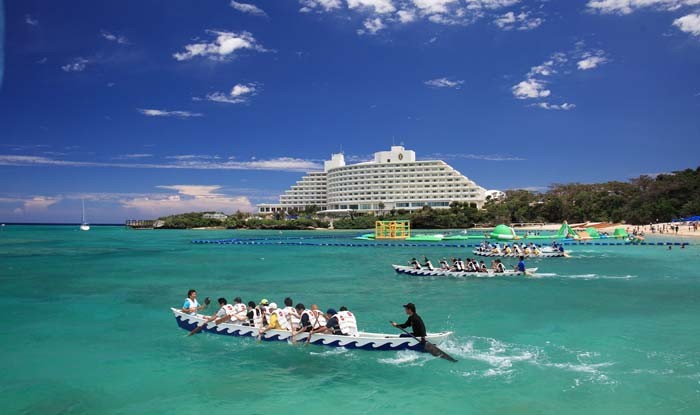 Haarii crews race from the beach in traditional narrow sabani boats with a crew of dozen, ten of whom do the paddling.

This Sunday, the ANA Intercontinental Manza Beach Resort stages the 33rd Okinawa Governor’s Cup “Manza Haarii Festival” with the best dragon boat paddlers taking a measure of each other.

The festival kicks off early Sunday, with races getting under way at 08:30 and running until 15:00. According to a legend, a Ryukyu prince who was sent to China for education saw dragon boat races there, and was so impressed that he brought the racing and first dragon boats to the island when he returned to the Ryukyu Kingdom. 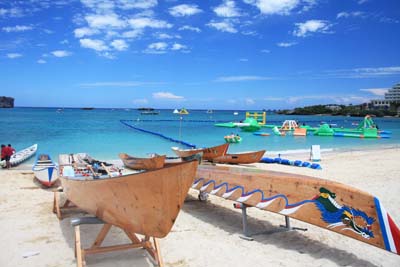 Sabani’s on the beach wait for their crews.

Haarii as the races are called here, is now one of Okinawa’s most important traditions. The races are held every year to pray for rich fishing haul and safety of the fishermen, traditionally on May 4th of the lunar calendar in local fishing communities.

Of all haarii tournaments held on the island, this is the only one where the winners get the Governor’s Cup trophy to keep for one year, and as such, is one of the best-known events on the island. Every year the tournament receives contestants from across Okinawa, Japan and even from overseas. Organizers say it’s exciting to watch the highly skilled contestants up close, as Manza Beach Resort invites powerful and veteran competitors to attend the tournament, invitations that make the competition even more worthwhile to see.

The races are divided into two groups, the “Challenge Race” where anyone can participate, whether a group of friends or colleagues from work, and the “Champion Race” where veteran teams race for the Governor’s Cup.

The deadline for application to participate is already gone, but just watching is much fun. And you can always try to put together your own team for next year after watching what this race is all about.